Late actor Sushant Singh Rajput who left a deep void behind, was recently remembered by his fans after the television show Pavitra Rishta clocked 12 years. 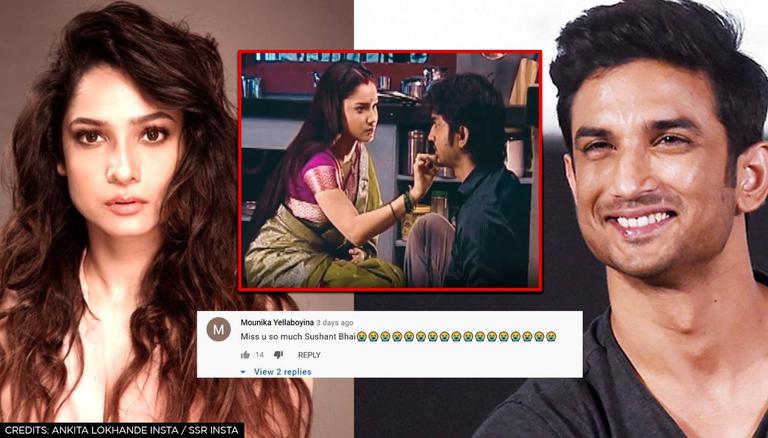 
Late actor Sushant Singh Rajput who left a deep void behind, was recently remembered by his fans after the television show Pavitra Rishta clocked 12 years. On the special occasion, the makers of the show released an unreleased song from the show starring actress Ankita Lokhande and Sushant in the lead that left the fans remembering the actor who played the role of Manav Deshmukh in the show. The song, which has been composed by Vinay Ram Tiwari and sung by Yasser Desai, however, never made it to the final cut.

Fans of the actor flooded the comment section of the YouTube channel with their tributes while recalling their favourite moments from the iconic show. Sushant who gained popularity and became a household name with the show is seen romancing and expressing his love for Ankita in the music video. One of the fans wrote, “I love this song so much I miss u lot Sushant.” Another follower of the actor confessed her love for him and wrote, “I love this song... But I love you SSR.” A third user wrote, “Today- 12 Years Of Pavitra Rishta Love you my Manav #Manav Deshmukh #SushantSinghRajput.” Another follower of the show and star cast echoed similar sentiments and wrote, “The real couple we Miss you so much SSR.” 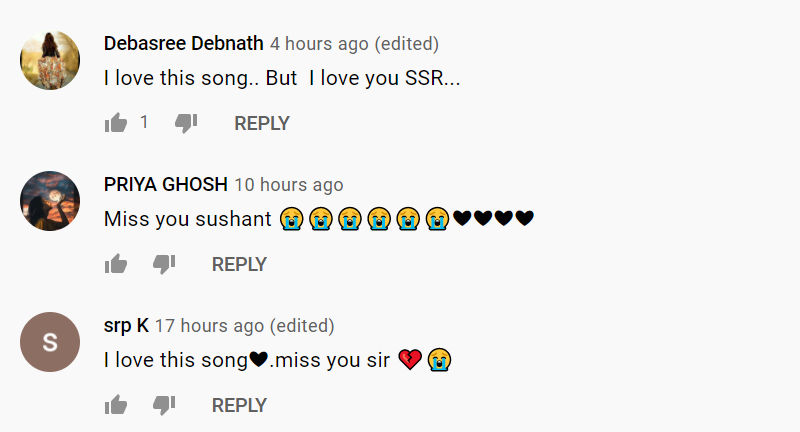 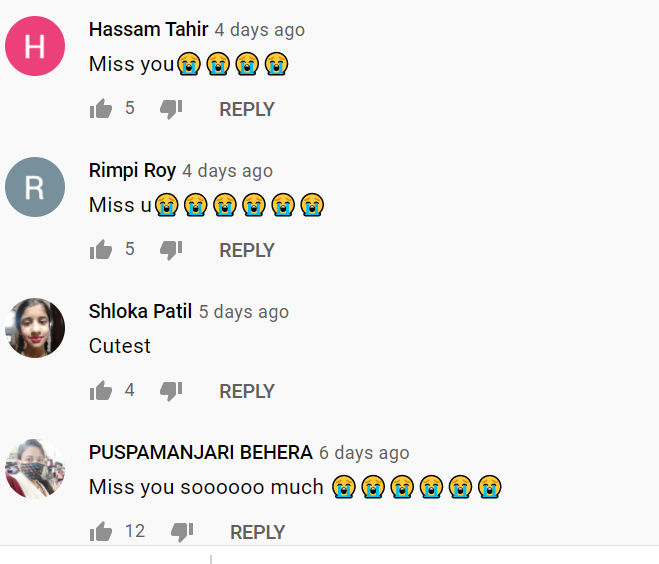 Ankita, on the special occasion, took to Instagram and shared a video while treading the memory lane and recalling all the memories she made on the sets of the show 12 years back. She thanked her star cast, Ekta Kapoor for giving her this opportunity to create a name with her reel character Archana. The actress also mentioned that the show received ’66 awards’ in their journey and remains ‘one of the most loved shows on Indian Television.’ “12 years of Pavitra Rishta. Ohh, Yes Yes It's 12 Years Of Pavitra Rishta, Time Flies Really Quickly. With more than 66 Awards  #Pavitrarishta remains to be one of the most loved shows on Indian Television. Here's to 12 glorious years of this iconic show. Which not only gave me Archana but love all across the globe and made me who I'm today. The story celebrates the joy of life, love, family, and friendship. Thank you @balajitelefilmslimited @ektarkapoor for making me Archana and thank you to all the cast and crew. Thank you Maa and Paa for always supporting me,” Ankita penned alongside the video.

READ | 'Pavitra Rishta 2.0': Usha Nadkarni aka Savita will be missing from the show; here's why