In this 'Aai Kuthe Kaay Karte' episode, Gauri schools Yash, Isha and Abhi for troubling Arundathi and adding to her stress. Abhi apologises to Arundathi. 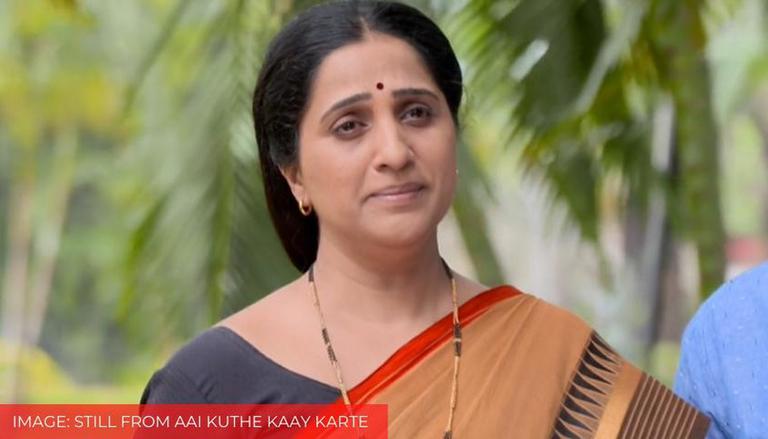 
Aai Kuthe Kaay Karte June 1 episode begins with Kanchan telling Arundathi that she is going to make Ankita handle the kitchen. She says Ankita needs to learn everything. Kanchan reminisces the old days when she first came into the Deshmukh family. She tells Arundathi that her mother-in-law woke her up at 5 AM on the first day of her marriage.

In Aai Kuthe Kaay Karte latest episode, Kanchan tells Arundathi that she will make sure no one ever troubles her. She also says she is going to make Sanjana leave their house. Arundhati simply smiles. Later on, Yash, Isha and Gauri discuss Arundathi's health and everything that is happening around.

Yash says everything is going south and nothing good is happening in the family. Abhi comes there and explains details about Arundathi's health. He says Arundathi's uterus has fibroids and that can lead to cancer. However, he adds that nothing can be said without testing her. Yash asks Abhi if stress could be one of the factors.

Abhi shares that it cannot be the primary reason but can contribute to it. The latter immediately blames Sanjana for Arundathi's health condition. Gauri gets mad at Yash, Isha and Abhi. She lashes out at them and says Arundathi's stress is not only because of Sanjana but her kids as well. She blames Isha for trying to take her life and trouble Arundathi.

She goes on to school Abhi for marrying Ankita and disturbing Arundathi more. Abhi tries to debate with Gauri but the latter schools him for leaving Anagha. Later on, Gauri apologises and leaves, Yash follows her. Later on, Abhi apologises to Arundathi for hurting her. He tries to explain his side to Arundathi.

Abhi tells Arundathi to get back to normal with him. However, Arundathi refuses to forgive him. She says she can't justify his actions towards Anagha. The next day morning, Isha, Gauri, Yash and Abhi get breakfast for Arundathi. Kanchan dresses for her wedding anniversary.