In this Aai Kuthe Kaay Karte episode, Shekhar surprises the Deshmukhs as Kanchan invites him to take Sanjana back to Mumbai. Sanjana warns Anirudh. 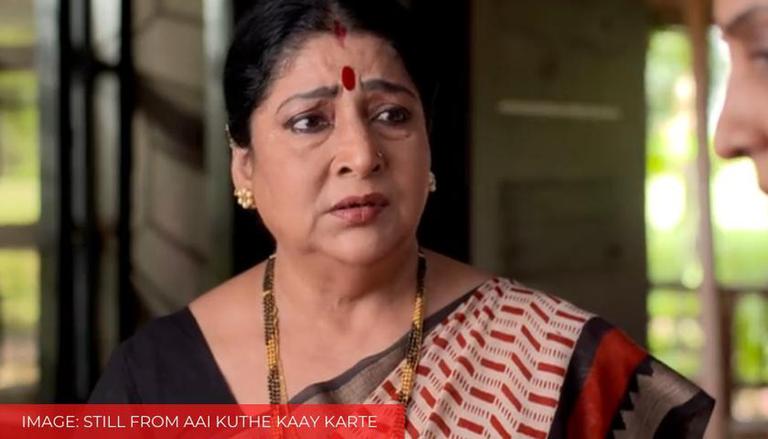 
Aai Kuthe Kaay Karte June 9 episode begins with Abhishek learning about the lockdown release. Ankita suggests that she and Abhi should return to Mumbai. The latter says the state is in lockdown and they can't travel. Ankita says they are doctors and they can easily travel back to Mumbai. Abhi asks Ankita why is she in a hurry. Ankita says her mother's hospital needs her. Abhi gets frustrated and tells Ankita to leave alone. Ankita gets mad at Abhi and says he needs to focus on her now.

In Aai Kuthe Kaay Karte latest ep, Abhi warns Ankita that if he learns that Ankita faked her suicide attempt, she should leave the house on her own. The next morning, Kanchan calls Shekhar to take Sanjana back home. Sanjana gets shocked seeing Shekhar and questions Kanchan. Shekhar tells Sanjana that Nikhil needs her and suggests she return home. Sanjana says she is not going anywhere without Anirudh.

Anirudh sees Shekhar and gets mad at him. He holds his collar but Shekhar tells him that Kanchan invited him over. Anirudh gets mad at Kanchan. The latter announces that no one can hurt Shekhar in her presence. Aapa and Anirudh get worried. Later on, Kanchan tells Arundathi that Shekhar will take Sanjana back home with him.

Arundhati doubts Kanchan's intentions. Later on, Sanjana lashes out at Anirudh. Anirudh tells Sanjana to go back with Shekhar. She refuses to and warns Anirudh that he will have to get married to her. Later on, Arundathi tells Yash that Kanchan still expects things to work out between her and Anirudh.