Aamna Sharif recently shared a post asking fans to take care of themselves and their mental health, amid the chaos that is the pandemic. See below.


Indian television actress, Aamna Sharif, recently shared a photo of herself on her Instagram handle with a strong caption about mental health and meditation. In the photo, the actress can be seen in a meditative pose with her legs folded and her eyes closed. She can be seen wearing a dark blue sleeveless top with yoga pants of the same colour.

Aamna shared the post with a caption about the current situation around us all, asking fans to take care of themselves and their mental health. She wrote, "Amidst the overwhelming situation around us, it’s important to keep a check on your mental health". The actress also imparted some advise for dealing with the cruelty of times adding, "A few minutes of meditation everyday helps me ground myself and keep a check on my thoughts!".

The actress ended the caption by asking fans to not forget about themselves during this "chaos" concluding, "We’re all trying to help one another, but don’t forget to check on yourself between the chaos". Aamna Sharif's Instagram post comes during trying times as the country has now been hit by the much bigger and much worse "second wave" of the pandemic. People have been struggling for basic things like oxygen supply and hospital beds for treatment.

Many people have been helping each other, providing what they can in these times of need. Sharif's message comes at a time reminding people to also take care of themselves while trying to help each other. Take a look at Aamna Sharif's Instagram post below.

READ | Aamna Sharif pens birthday note for husband, says thank you 'for letting me be me'

Aamna Sharif's photos often prompt a number of responses from her doting fans. Sharif's latest post prompted a number of fans to leave comments praising her looks and style in the photo, while many fans left comments complimenting her beauty and grace. Many fans also responded agreeing with the caption, also noting that "meditation is a must these days". Many of Aamna's fans also left comments praising the actress for her yoga stance and how perfect it was. Many of Aamna's fans simply expressed their love by leaving heart, kiss, and fire emojis for the actress. Take a look at some of the reactions to Aamna Sharif's Instagram post below. 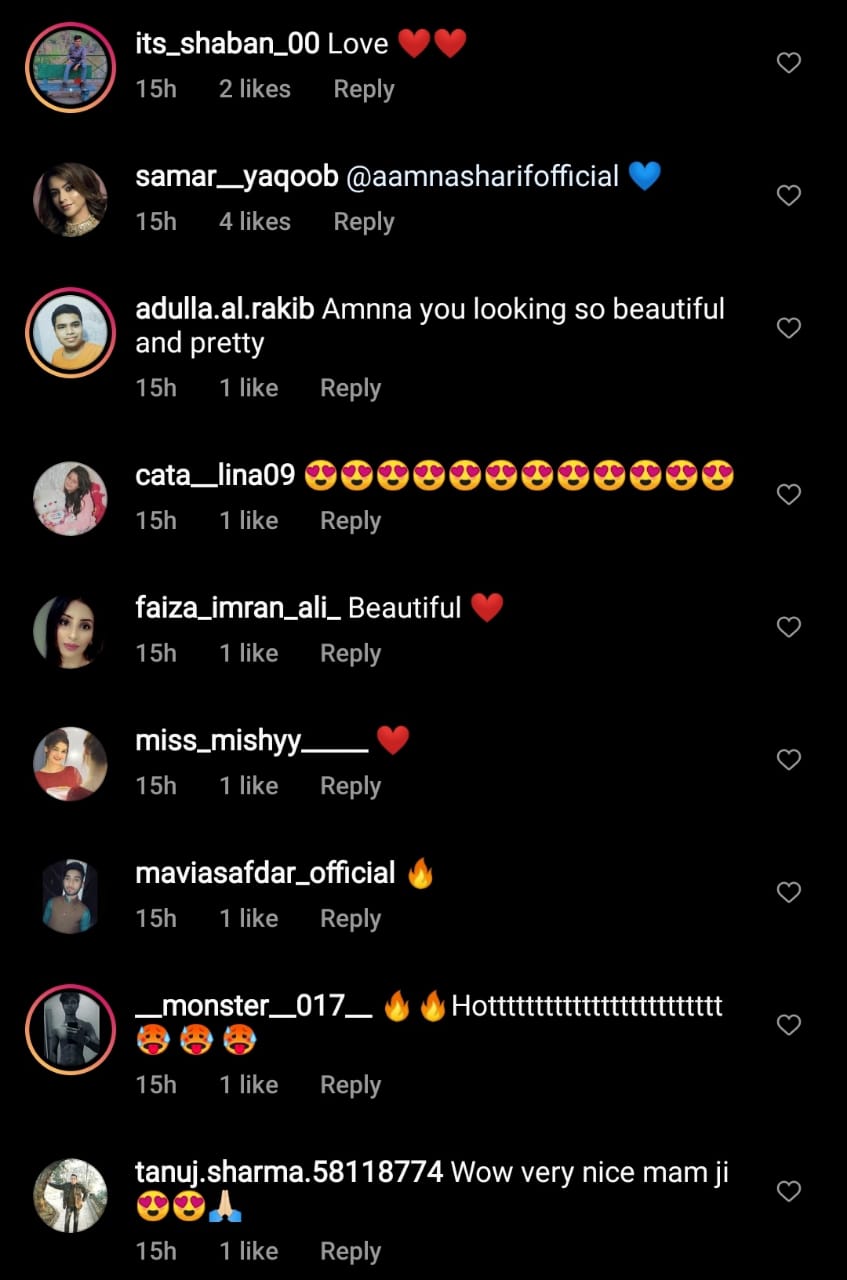 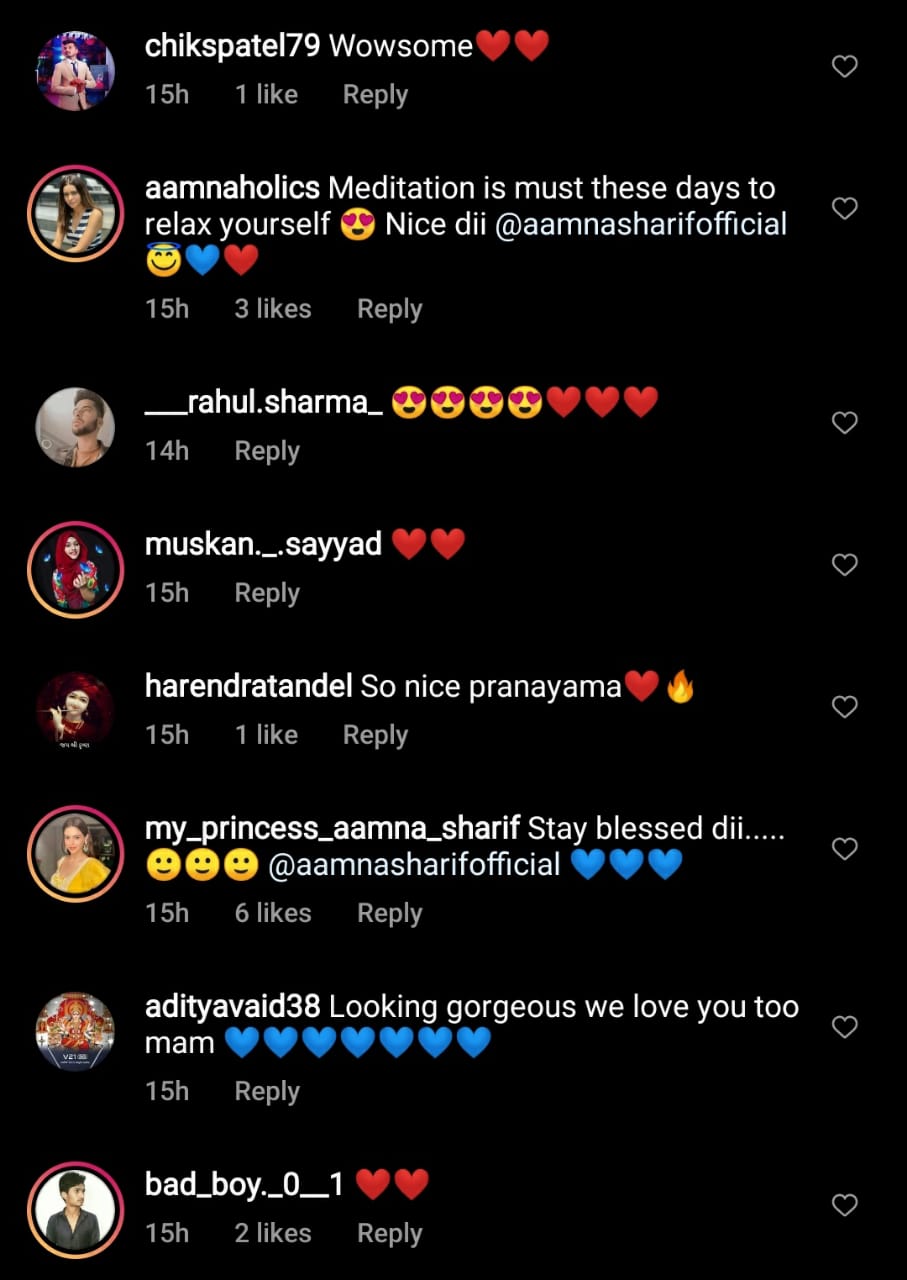