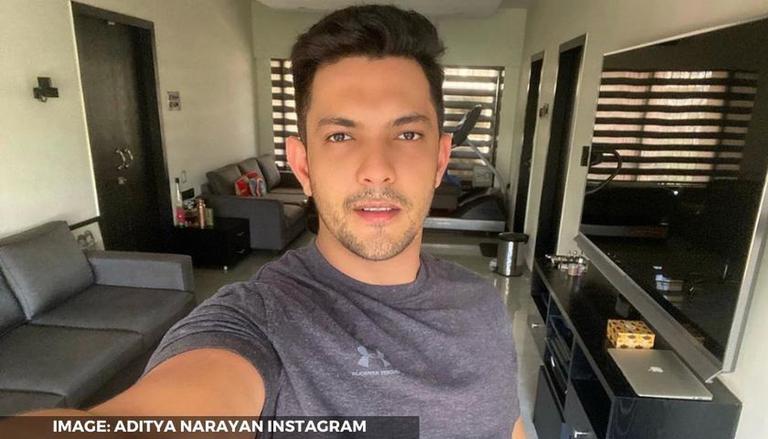 
Indian Idol 12 is one of the most-watched singing reality TV shows in India. The show brings out the best Indian contestants in their quest to become the next singing sensation. Apart from the singing prowess of Indian Idol's contestants, the show is also quite popular for its other interesting aspects such as telling stories of the contestants' lives. Recently, the show is seeing a love angle between the two contestants on the show Pawandeep Rajan and Arunita Kanjilal. In a recent interview with Bollywood Spy, the show’s host Aditya Narayan talked about the truth behind Indian Idol's contestants Pawandeep Rajan and Arunita Kanjilal’s love story and called it fake. Here is what he had to say about it.

He said that they never denied doing it and it is fake, but it is all done in good humour and to entertain the viewers. He mentioned that they are all essentially playing a character and trying to keep the show as entertaining as possible. Talking about Pawandeep Rajan and Arunita Kanjilal, Aditya shared that even if they tease them both, who knows there might be something between them too and if it works out then they all have their blessings. He even highlighted the last season of Indian Idol where he was linked to Neha Kakkar. He said people started feeling bad when they knew it was just rumoured.

READ | Aditya Narayan back on Indian Idol 12 after recovering from COVID; 'The show must go on!'

He concluded by giving an example of daily soaps and said after the cut, the actors go back to their respective lives and partners and questioned if the audience does not have a problem with them why is their a fuss about the reality TV shows. He added that the real part of the reality TV show applies to the contestants. The rest of the people like him are there to entertain as they are entertainers.

READ | Aditya Narayan on Amit Kumar's criticism: “Never easy to honour the legacy of a legend”