Aditya Narayan revealed his decision to marry Shweta during the lockdown and spilt the beans about how he asked her parents for the marriage. 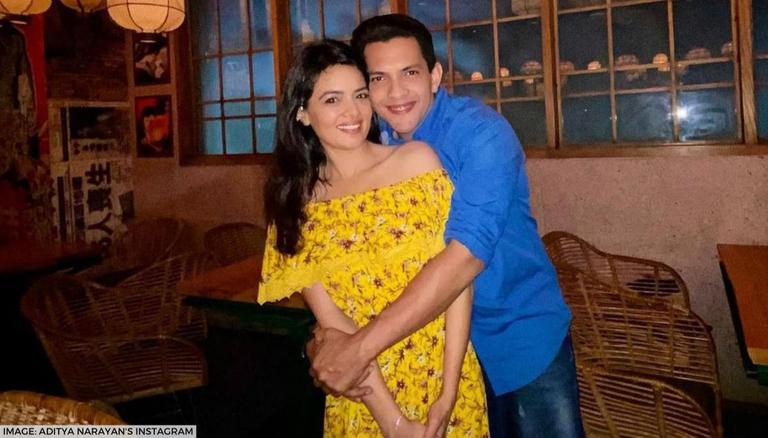 
Singer-actor Aditya Narayan often goes on to make headlines for his social media posts with his wife Shweta Agarwal. Recently, Aditya Narayan revealed his decision to marry Shweta during the lockdown. Apart from that, the singer also spilt the beans about how he asked her parents for her hand in marriage.

During an interview with Pinkvilla, Aditya admitted that not meeting Shweta during the lockdown last year was ‘frustrating’, despite the fact that she lived close to his house. He added that Covid did speed up the process of them getting married because, in the last lockdown, they used to have many small arguments as he used to miss her a lot. Aditya said that her own place is less than half a kilometre from where they live now, but they could still never meet which was very frustrating. He then made up his mind to marry her after the lockdown so that they won't have to be apart.

Aditya also revealed how he asked for Shweta’s hand in marriage. He told her parents that he does not care how many people come, or where they do it, he just asked them for their daughter’s hand in marriage. Fortunately, when they got married in December things were much better. So now that this second wave has come in, he feels like they did the right thing. And now that his wife is with him, he never feels alone anymore.

Aditya Narayan and Shweta Aggarwal dated for over ten years before marrying. On the set of their film Shaapit, the couple fell in love. Aditya had announced that he will marry Shweta Agarwal in November 2020. However, on December 1, 2020, the duo married. They married in a small-knit ceremony in Mumbai, attended by a small number of people, in accordance with coronavirus pandemic guidelines. Before he had to return to shoot for Indian Idol 12, they went on a short honeymoon in Kashmir. He also keeps sharing several pictures, videos, stories, and more with his wife that are truly unmissable. The singer recently shared a happy picture of them where they are all smiles for the camera and penned a sweet note. Take a look.