'AGT': Simon Cowell Breaks Down On Show As Nightbirdie Bows Out Due To Cancer

In a recent interaction on America's Got Talent, judge Simon Cowell was teary-eyed when he heard about the cancer struggles of the contestant, Nightbirdie 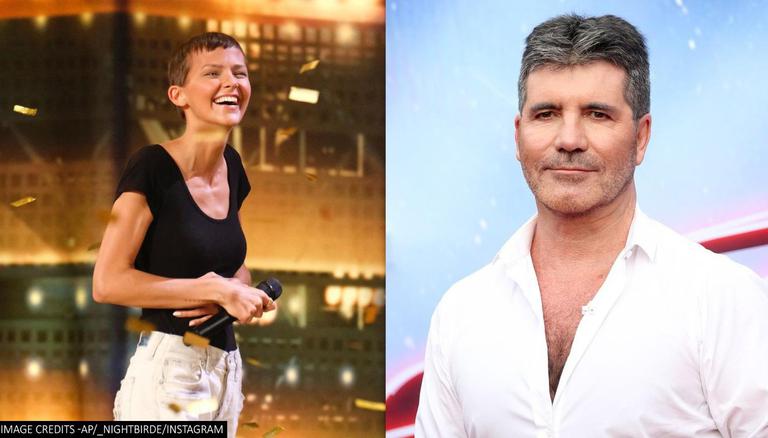 
In one of the recent episodes of America’s Got Talent, judges Simon Cowell, Heidi Klum, Sofia Vergara and Howie Mandel held a virtual interaction session with one of the contestants Jane Marczewski who quit the show as she was battling cancer. As they spoke to her about how she was doing, her story made Simon Cowell emotional and he could not help but choke up on the show.

In the latest episode of AGT, the audience and the judges bid a proper farewell to contestant Nightbirde and took her health updates on how she was doing. As she had to quit the show mid-way due to health constraints, judge Cowell appreciated her decision and stated, “You made the decision, rightly so, that your health is your priority right now. And I know the last time we spoke you actually said you feel like you let people down. Well, I just want to say, on behalf of all of us, you haven't let anyone down. Even though you haven't competed, you have already won."

As the singer’s It’s Okay song received over 31 million views on YouTube, she expressed her delight stating how she couldn’t have ever imagined it. Adding to it, she said, “It's a song I wrote for myself in the middle of the night when I needed those words so bad and it's beautiful to see the world welcome that song into their own dark night and I'm overwhelmed by it."

Simon Cowell then got emotional while speaking to her and stated how her clip and her courage greatly impacted so many people and added that they could not wait to see her again. "The most important thing is your wellbeing and your health and your recovery. On behalf of all of us here, we send our love, our prayers,” he stated.

As Nightbirde, Jane Marczewski was overwhelmed by the love she received, she thanked the AGT team for providing her with an opportunity to share her story. “I think we're witnessing such a beautiful picture of the human spirit and the triumph of the human spirit, and I think it's restored my faith in humanity a whole lot to see people come together just over the fact that we all hurt, we all suffer and we all have the potential to overcome,” she said. She then thanked everyone for their support and stated how it meant the world to her. "Stay with me, I’ll be better soon. I’m planning my future, not my legacy. Pretty beat up, but I’ve still got dreams,” she said while signing off.

READ | How did Simon Cowell break his back? Details about the accident that took place in 2020