Amitabh Bachchan Has An Epic Answer To Why He Wore Harem Pants To KBC Set; Read

As Amitabh Bachchan recently left his fans amazed by wearing harem pants on KBC sets, he revealed the reason behind why he wore them. Take a look. 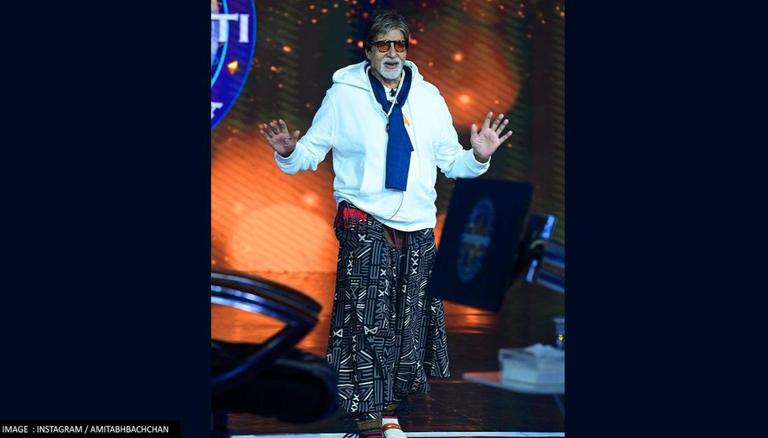 
Amitabh Bachchan is currently hosting the 14th season of Kaun Banega Crorepati. As the actor often gets candid while interacting with the contestants on the show, he recently addressed his look wearing harem pants on the sets of the show.

During the latest episode of Kaun Banega Crorepati, Amitabh Bachchan spoke about his latest harem look that created a buzz among his fans and revealed why he wore them on the sets. Revealing the reason behind the same, he mentioned that there was a story behind it and stated that he spotted some men wearing harem pants in Rishikesh during a shoot. Narrating the instance further, he revealed how he was the pants flowed as the wind blew and added how much he liked it as they looked comfortable. He then requested them to get one for him from the market, however, they couldn't find them.

He said, “There’s a story behind this. I was shooting in Rishikesh and spotted some men from the production team wearing these pants. As the wind blew, the pants would also flow and I liked them. They looked very comfortable, so I was like 'humko bhi ye pajama chahiye (I want them for myself). Thoda ventilation ho jaata hai (It provides ventilation). I asked them and they told me they got it from the market. But when I sent a few people to the market, they could not get it."

Furthermore, the KBC host revealed that a designer from the production team later sent it to him and he wore the harem pants to the rehearsals. He even ridiculed his look by stating that he didn't have a kurta to pair his harem pants with so he decided to wear a shirt and clarified that it was no fashion but out of compulsion.

"After a few days, the designer from the production team got it for me and sent it to me. Now the picture that you saw here, was shot on KBC set. I had come to the sets, not for KBC, but for rehearsals. I asked them if I had to wear suits like how I dress up for the shoot and they were like 'it is a rehearsal, wear whatever you want'. I had just received those pyjamas so I wore them. And, I did not have a kurta, so just wore a shirt with it. That’s how this look happened, it was no fashion, but out of compulsion. This also had a red pocket, to keep keys,” he added.

On the professional front, Amitabh Bachchan is gearing up for the release of his upcoming film Good Bye, which is scheduled on October 7, 2022. He will also be seen in other movies namely Project K, Uunchai, Ganpath and the official Hindi remake of The Intern.

READ | Amitabh Bachchan reveals what he gifts to granddaughter Aaradhya when she's upset with him
First Published: 23rd September, 2022 10:34 IST
SUBSCRIBE TO US