Anupama 11 July 2022 Written Update: As Anuj learns that Ankush lied to him about his business in the US, he warns Anu and asks her to be careful. 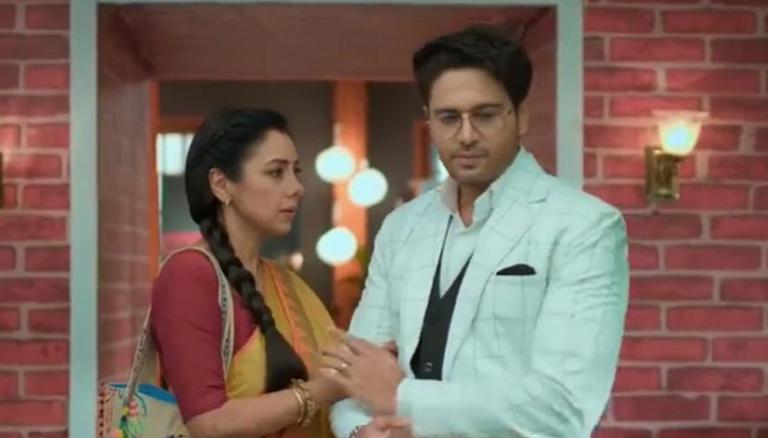 
Anupama 11 July 2022 episode begins with Pakhi screaming at Vanraj and telling him that she will meet Adhik at any cost. She then adds that she will meet him by sneaking out of the house through the window. Vanraj gets furious to which Anu asks Pakhi to go to her room. Kinjal follows her. On the other hand, Ankush and Anuj reach home with the latter looking for Anu. Barkha informs them that she is not at home. Adhik then walks inside furiously and goes to his room while everyone wonders what happened to him.

Anu then lashes out at Vanraj and Toshu for escalating the issue to which Vanraj informs everyone that he will send Pakhi to study outside the city. On hearing this, Kavya and Anu clap for him sarcastically. Anu then adds that if he couldn't stop Pakhi from meeting Adhik in the same city then how will he stop her from talking to him and meeting him when she is outside the city. She then says that he should befriend Pakhi and then make her understand to which Baa lashes out at her and sides with Vanraj.

On the other hand, Samar performs a dance in the academy while worrying about Pakhi’s friendship with Adhik. Sara then arrives and asks him why is he worried to which he asks her whether Adhik is a good guy or not. Sara stands speechless speculating Adhik’s motive behind befriending Pakhi. Meanwhile, Bapuji sides with Anu and warns everyone that if they will became strict with Pakhi, she might run away from the house. Later on, as Anuj waits for Anu at the dance academy, he gets nostalgic. Anu then arrives and tells him about the incident while Anuj reveals that he learned about Ankush’s failed business. He then expresses her grief over how his brother lied to him. He gets emotional and tells Anu to promise him that no matter what happens, she will not give the signing authority to anyone. He even adds that she will not be convinced even if Bapuji, her kids, or her husband tells her to give up her signing authority. As they both talk to each other,  a mirror falls next to Anuj to which Anu gets shocked and screams his name.