Anupama 14th October 2021 Written Update: As Anu and Nandini worry about Samar, he returns home safely. Anu then asks him to share Rohan's issue with Vanraj. 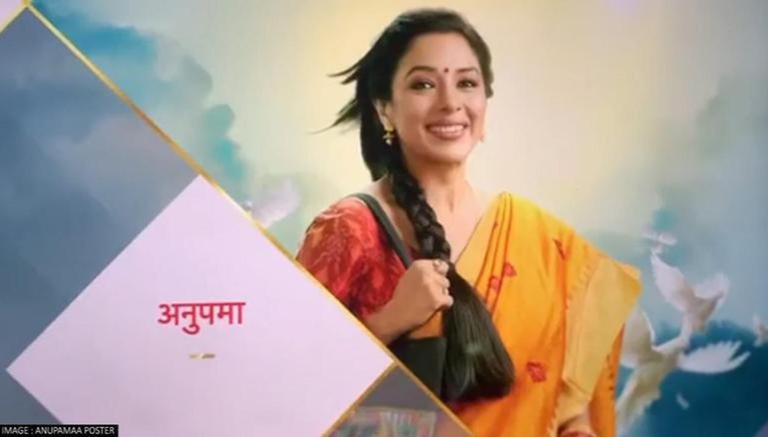 
Anupama 14th October 2021 episode begins with Anu asking Nandini to stay with her and not to worry what Rohan will do. Anu then thinks that she should tell Vanraj about Rohan and his nuisance but she waits for a while because the cafe received a big order from the MLA. Later on, as Anu goes into the storeroom, she finds GK in a playful mood. GK tells Anu that he is the king and then calls Anuj his junior king. Anuj feels embarrassed in front of Anu but GK forces him to deliver his dialogue like a king. Anuj then suddenly recalls Anu's family picture he saw on social media and becomes restless.

Baa's friends get angry at Anu for conducting the cooking competition

Meanwhile, Baa sees the chat of her friends living n the neighbourhood who talk about how their daughters-in-law are planning to attend the cooking competition against their will. The ladies also enquire about Anuj while Baa thinks what will happen if they will start speculating stories about how Anu knows Anuj. On the other hand, Devika, Anuj and Anu discuss the cooking competition where Devika says that though they have received a lot of registrations from women she is afraid how many will actually show up. Anu also gets afraid about how they will be wasting so much money if none of the women shows up to which Anuj calms her and tells her that such things happen in businesses. Later, Anuj says that he will drop everyone to which Anu say that they can go on their own. Anuj further insists on dropping them home as it was quite late in the night. As they all sit inside the car, Pakhi calls Anu from behind to which the latter gets surprised and hugs her. Pakhi then tells that she went out to get ice cream with Vanraj and thought of picking her up from the office. As Anu and Nandini go with Vanraj, Devika fumes at Anuj for letting her go. Anuj then says that Anu has a family but if Vanraj tries to mess with Anu again, he will not tolerate it.

Baa taunts Anu about staying with the family

As Anu and Nandini reach home, Baa taunts Anu that her right place is in the family to which the latter asks Baa when will she get a place in her heart. As Baa leaves, Samar arrives which leaves Anu and Nandini relieved. Anu then says that they need to tell Vanraj about Rohan when Vanraj hears their conversation and asks what is it they want to tell him. Samar then makes an excuse and tells Anu not to tell him. He suggests that they should take help from Anuj to which Anu denies it and says that Vanraj is his father and he has a right on him even if she is divorced from him.

READ | Anupamaa 9 October 2021 written update: Vanraj misbehaves with a customer at the cafe

As the competition is about to begin, Anu gives an inspiring speech to all the ladies while she, along with Kinjal, Devika and Anuj, perform for the ladies. Anu suddenly stops dancing and is left stunned when she sees someone.