'Anupamaa' 24 May Episode Spoilers: Will Anupama Finally Put Vanraj In His Place?

Read the article below for spoilers from 'Anupamaa' 24 May episode's preview. Vanraj behaves selfishly but Anupama does not seem to be having it this time. 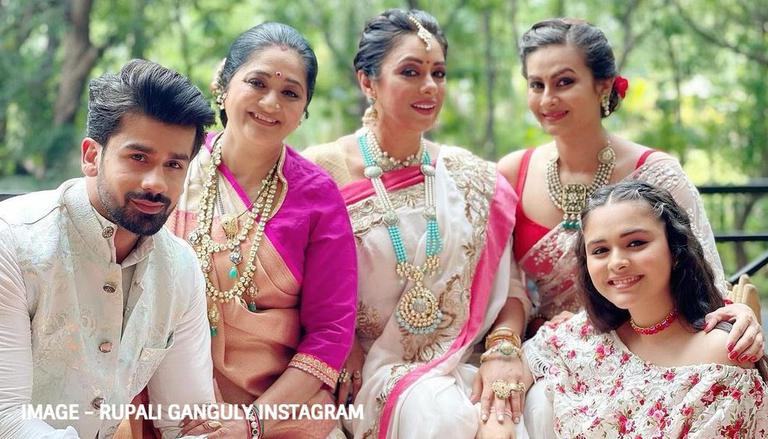 
Anupamaa is a popular TV series that revolves around the life of a middle-class housewife, Anupamaa, played by Rupali Ganguly. Anupamaa's May 22 episode showed Baa and Vanraj refusing to accept Samar and Nandini's engagement and walking out after finding out Nandini's secret. Read here to find out what will happen next in the Anupamaa 24 may episode.

In the preview for Anupamaa 24 May episode, fans can see Anupama practising her dancing skills in the garden at the resort. Vanraj gets angry and breaks the speaker and can be seen yelling at Anupama, again. He tells her that his interview was ruined because of her songs, and threatens to break her "ghungroo". Anupama tells him that he's broken her ghungroo before, but he will never be able to break her spirit.

A look at Anupamaa latest episode: May 22

Anupama supports Nandini in front of the entire family after everybody finds out what she was hiding. Vanraj blames Anupama for everything, as usual, and Anupama tells him how according to him, everything is always her fault. She then tells the family that Nandini could've easily hidden the truth and revealed everything after her wedding but she chose to be honest instead.

READ | Anupamaa 21 may episode spoiler: Will Anupama accept Nandini after her confession?

When Baa protests, Anupama talks about how even though Vanraj does not have the emotional maturity to be understanding, Baa being a woman should understand Nandini's pain. She also talks about how she's proud of her son for not leaving Nandini after finding out the truth and tells Vanraj, that the son he always looked down upon is now a much bigger person than he can ever be. Baa then talks about how she doesn't care about any of this and wants to be a great grandmother.

Vanraj, Anupama and Baa then argue as Anupama cites adoption as an option, which the other two sternly oppose. Nandini then asks Kavya why she's not supporting he and then tells her that she can only ever stand up for herself, because she's selfish and not like Anupama. When Samar makes a valid point about how they want to keep a bloodline going when they don't even know where the lineage begins, Vanraj yells at Samar.

READ | 'Anupamaa' May 22 episode spoiler: Clash between Anupamaa and Vanraj over Samar?

Dr Advatih Khanna intervenes for the first time and tells the family that science has advanced far enough that Samar and Nandini can be parents. Vanraj then tells Adi to not interfere in the family's personal matters; Adi apologises and then leaves. Anupama and Vanraj argue again, and Baa, who apparently loses it, throws the thali which had the rings on them and says the discussion is over.

Vanraj then tells Samar that if he wants to elope like his brother, he is free to do so, but he will have to break all ties with the family. Baa then declares that the issue must end here, and Anupama disagrees. Vanraj tells her that Baa's words are final, and Anupama tells him so are hers. Anu then explains how her son's happiness is more important to her than asking him to take the ancestry forward.

Baa then tells Anu that she only cares about her son's opinions, not an outsider's and Anupama looks shattered while Kavya smirks. Vanraj then shows even more ungratefulness and says hurtful things to Anupama about how she isn't a Shah anymore and so doesn't have the right to interfere in the family's decisions, and Baa agrees. Anupama expresses how even after 25 years of serving them, the family has made her an outsider in 25 hours.

Anupama asks them to not take out the anger they have for her on her son, however, Baa remains stern in her decision, and so does Vanraj. Anupama then asks Kavya what her decision is since she's Nandini's aunt, however, in the most classic and ungrateful Kavya-like fashion, she now decides to side with Baa. Nandini and Samar then announce that nobody has to decide anything and that they don't want to get married like this either.

Vanraj passes a snide remark at Anu and gives Samar an ultimatum. He asks her if he wants to stay with his mother or his family, and Samar tells him that his mother is his family. Vanraj then walks away and commands the rest of the family to leave as well, and they oblige. Anupama then promises Samar and Nandini, that she will help them get married and win the family's approval, and the two hug her.