Anupamaa 26 August 2021 written update: As Rakhi arrives at the Shah house, Anu pleads to her to not tell anyone about their deal. Read further ahead. 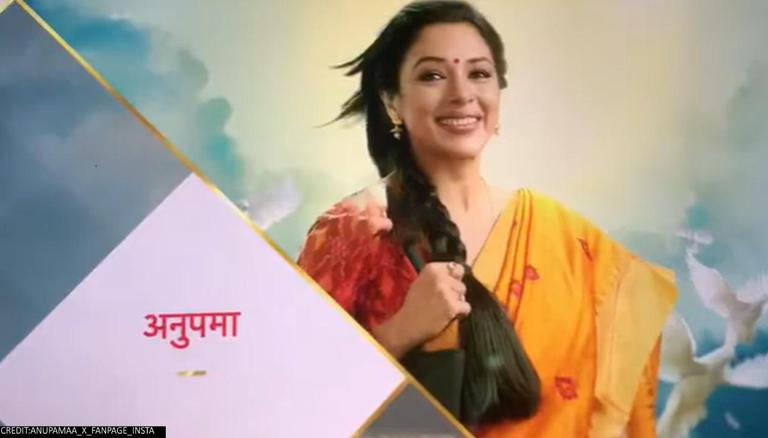 
Anupamaa 26 August episode begins with Anu beginning the Rakshabandhan ceremony when Bapuji arrives. She gets emotional on seeing him and takes his blessings. As they begin, Baa asks Kavya to tie a rakhi to Kanhaji as she does not have a brother. As Kavya ties the rakhi, everyone follows by tying rakhi to each other. Baa then tells everyone to have lunch but Kinjal intervenes and tells everyone that she is not done yet.

Kinjal then says that she wants to tie a rakhi to Anu as she has always protected her to which the latter gets emotional. She then performs the aarti and ties a rakhi on Anu’s hand and urges her to keep protecting the family. Samar then clicks a picture of them together while Anu hopes that nobody should know about what she had to exchange with Rakhi for their happiness.

Rakhi arrives at the Shah house

Rakhi then suddenly enters and leaves Anu in shock. Anu then asks what is she doing here to which she says that it is her house too. Toshu then says that she can visit anytime she wants. She then continues by saying that she is happy today as she cracked an amazing deal last night. Anu gets tensed and hopes that Rakhi does not say anything to anyone about their deal. Pakhi then calls everyone and wishes them through video call. Meanwhile, Anu urges Rakhi not to tell anyone about their deal while Kavya watches them and spots something fishy.

Rakhi plans to change the interior of the house

Bapuji then notices that something is bothering Anu and asks her to stay happy as it is a festival. Meanwhile, Rakhi takes a stroll around the house and says that she wants to change the colour of the walls and Baa’s swing as well. She then meets Vanraj and taunts him whether his cafe is closed today. Vanraj then says that since it is a festival, he will open the cafe at 12 noon. She then says that only rich people rest during festivals and not the poor like him. Vanraj then asks Dolly to get some laddoos for Rakhi as their conversation heats up. Rakhi then asks for a lemonade. Vanraj tells him to eat the sweets so that she can stay quiet for a while. Rakhi, on the other hand, asks Vanraj to drink up his ego with the lemonade. He then puts the glass in anger and accidentally spills the juice over Rakhi’s phone.

As their conversation gets heated up, Rakhi shouts at Vanraj for ruining her phone. As Vanraj yells at him to stop shouting in his house, she says that it is her house too. Anu gets tensed on hearing this while Bapuji asks Vanraj to end the argument. Toshu then backs Rakhi to which Vanraj says that Rakhi is a perfect example that one can buy anything from money.

READ | 'Anupamaa' August 24, 2021 written update: Will Anu find a solution for her mistake?