Vanraj Shah has once again gone missing ahead of his wedding rituals with Kavya. Read on to know what happens next in this Anupamaa 1 June episode spoiler. 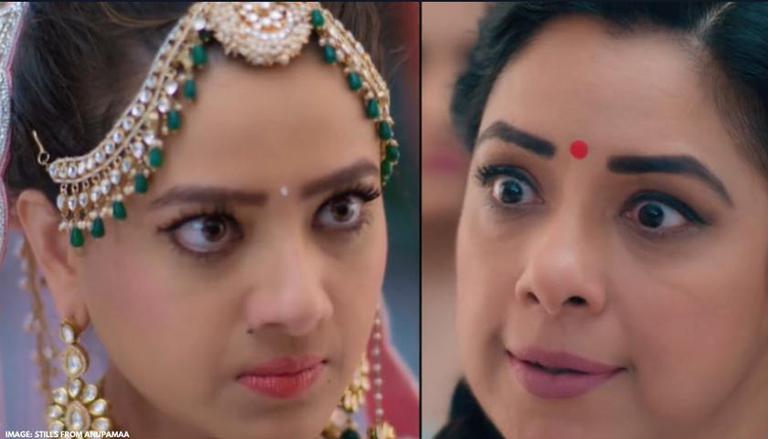 
Star Plus' show Anupamaa, starring Rupali Ganguly, Madalsa Sharma, Paras Kalnawat, Anagha Bhosale, Nidhi Shah, Tassnim Sheikh, and Sudhanshu Pandey in lead roles, is witnessing some major twists in the plot. Vanraj has once again gone missing before his wedding festivities with Kavya. While Anupamaa and Advait head out for the former's operation, Kavya tries to call Anupamaa and holds her responsible for Vanraj's disappearance.

In the Anupamaa 1 June 2021 full episode, Kavya runs helter-skelter in search of her boyfriend who goes missing. While she lashes out at his family; Samar, Baa, Pakhi, Toshu and Dolly inform her that he's not told anyone anything about the wedding. Meanwhile, Kavya barges in searches for him everywhere. An infuriated Baa opens up the washrooms and bathrooms and tells her that he's big enough to be hidden somewhere. Rakhi's constant nagging and taunts leave Kavya vexed and soon she decides to call up Anupamaa.

In the first two attempts, Anupamaa disconnects the call, but later she picks up and Kavya starts screeching. The former also hits back and tells her that she's the last person to be contacted as she doesn't carry her V in the purse everywhere. However, Kavya forces Anupamaa to reach the wedding venue, else she'll call the police and file a complaint against the Shahs for mentally torturing her and for making efforts to stop Vanraj and her wedding.

READ | Anupamaa 28 May episode spoilers: Will Vanraj break off his upcoming nuptials with Kavya?

After Kavya's ugly step, Anupamaa is forced to leave her treatment and she reaches the resort again. She sees the former removing all her anger on Samar and the family. Anupamaa pulls her hand and gives her a stern warning. She asks her to not do anything to her kids, else she'll face a tough time.

With the new promo released by the makers, it is revealed that Vanraj and Kavya tie the knot after facing hurdles. Anupamaa also gives Kavya all the ornaments that she was given during the marriage. She wishes them the best and before leaving the venue, she also asks Vanraj to fulfil his responsibilities meticulously. It will interesting to see how Anupamaa will now lead a single life and battle her illness all by herself.

READ | 'Anupamaa' written update May 28: Rakhi is all set to wreak havoc in Kavya's life