Anupamaa’s Madalsa Asks On-screen Husband Sudhanshu ‘who Has Your Heart’, Gets Epic Reply

As soon as the duo tied the knot on-screen, ‘Anupamaa’ actors Madalsa Sharma and Sudhanshu Pandey teamed up for a fun reel. Check out their banter; watch. 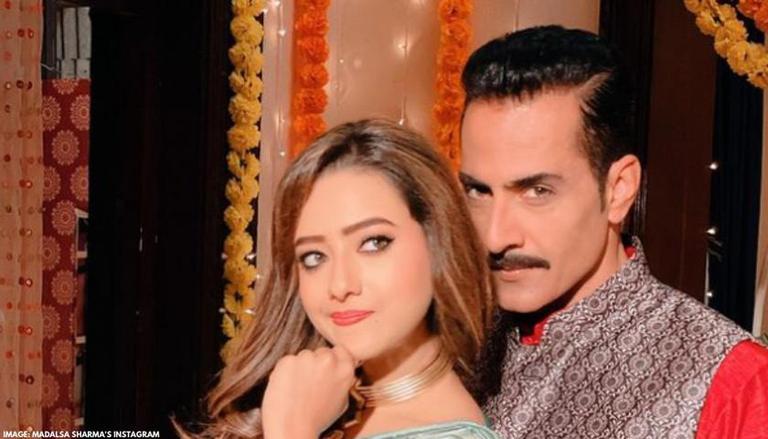 
Star Plus’ show Anupamaa witnessed a massive twist in its recent episode as Vanraj finally tied the knot with Kavya. While the duo indulged in an ugly spat before, they resolved their issues and got married. Actor Madalsa Sharma on Thursday dropped a fun video in which she asked a question to her on-screen husband. In the clip, she said, “Listen, who has your heart?”, to which Sudshanshu Pandey replied by saying, “It’s near my lungs,” leaving her vexed. Sharing the same on social media, Sharma quipped that “she didn’t expect this answer from her V.” The Anupamaa stars’ video left fans in splits who rushed to drop laughing emojis.

Even before the wedding segments were revealed on-screen, Madalsa had shared many BTS pics and videos and had given a sneak peek into the marriage venue. Not only this, but she had also posted pictures while performing the rituals. However, fans had a mixed reaction to this new twist. More so, actor Arvind Vaidya, who wasn’t in Goa for a long time, also returned to the sets of the show to be a part of the drama.

His entry once again turned the story as the entire house including Baa, Dolly, Pakhi, Samar, Nandini and Toshu, left home after Kavya entered as the daughter-in-law. Interestingly, Baapuji did not bless his new Bahu and hugged Anupamaa first. Madalsa Sharma in Anupamaa episodes is all set to bring in some high-end drama as it will interesting to see how she manages to win over Vanraj's family.

Now, Rupali Ganguly will lead a single life in Anupamaa and will battle her illness. She recently took to Instagram and shared a note about how humans are allowed to make mistakes and how they're also allowed to fall apart sometimes. She wrote, "You are allowed to hurt and you are allowed to cry, You are allowed to regret, ache and feel immense pain, But you are not allowed to give up. Let urself grow, let urself learn, let urself be," presumably referring to her on-screen character. Meanwhile, the show also stars Rushad Rana, Alpana Buch, Muskan Bamne, Apurva Agnihotri, Paras Kalnawat, Anagha Bhosale, Nidhi Shah, Tassnim Sheikh, Aashish Mehrotra, among others.