Anuradha Paudwal who will appear as a guest on Indian Idol 12 narrated the story behind the 'Dhak Dhak' song. She also credited Madhuri Dixit for the success. 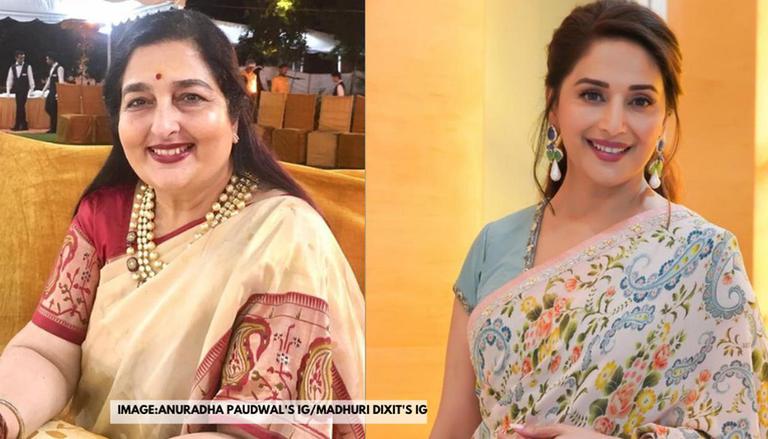 
Madhuri Dixit's song Dhak Dhak Karne Laga has remained a sensational hit throughout generations. This song was sung by Anuradha Paudwal and Udit Narayan. On the other hand, the actor's dance with Anil Kapoor added more grace to the song. Recently, Anuradha Paudwal along with Kumar Sanu and Roop Kumar Rathod joined the judges as guests on the upcoming episode of Indian Idol 12. In the new promo shared by the channel, contestant Sayli Kamble and Ashish Kulkarni are singing Dhak Dhak Karne Laga song. After they finish the song, Anuradha blesses them and shares a story related to it. Check it out.

In the new promo, Sayli Kamble and Ashish Kulkarni are seen impressing the judges with their singing. While Anuradha was praising the contestant, she said that they made her forget the last two years, referring to her son's death. She further said that she wants to share a story related to the song. She revealed that during the recording of the song, she was supposed to leave for Kolkata and told music director Anand that she has to leave early for the airport. The singer waited at the studio and rehearsed the song but the recording was getting delayed because of certain factors.

Further, she insisted to leave as she was getting late, after which the film director Indra Kumar asked her to stay and record the song as they were about to begin the shoot, the next day. The singer then revealed that during the practice, she was told to add a "seductive" word just before the song starts. To which, she replied that she would use the word "ouch". She had no idea that the word "ouch" will become a trademark and that whenever Madhuri enters in any event, she is introduced with that word.

Concluding, she said that she would love to credit Madhuri and it is because of her that the song went on to become one of the best romantic songs. Watch the video here.

The romantic number was the part of the movie Beta that was released in the year 1992. The movie features  Anil Kapoor, Madhuri Dixit and Aruna Irani in pivotal roles. The music for this number was originally composed by Ilaiyaraaja for the song Abbanee Teeyani in the 1990 film Jagadeka Veerudu Atiloka Sundari. Watch the song here.