Arjun Bijlani took to IG & dropped pics with his mother. In the caption, he informed fans he took his mother's blessings before kickstarting Khatron Ke Khiladi.


On May 2, 2021, popular television actor Arjun Bijlani took to his official Instagram handle and dropped a series of pictures featuring himself and his mother, Shakti Bijlani. In the pictures, one can see him seeking blessings from his mother and flashing his bright smile while posing for the camera. The actor sought his mother's blessings before kickstarting the shoot of his upcoming reality show, Khatron Ke Khiladi 11. His mother blessed him and said 'jinkoon yeh' in the Marathi language, which means 'win and come'.

In the pictures, Arjun can be seen sporting a simple white t-shirt which he paired with mustard coloured pants. His mother can be seen sporting a printed blue coloured kurta. The mother-son duo can be seen posing beautifully for the camera. As for the caption, the actor wrote, "Went to meet mom today to take her blessings before I leave for #khatronkekhiladi … she said jinkoon yeh which means jeet ke aa .. Love u mom . Il give it my best shot".

As soon as the pictures hit the internet, many of his fans and followers rushed to drop positive comments and complimented the actor. Several celebrities, too, penned sweet comments. Lisha Sharma commented, "Best of luck @arjunbijlani" with a red hearts emoji, while Ali Merchant wrote, "True Winner" with fire emoticons. Rahul Sharma commented, "Saare tasks in the mask. Okay?" with a laughing face emoticon. Milind Gadagkar wrote, "All the best my bro.. Win and come", while Rajniesh Duggall wrote, "All the best brother".

READ | Arjun Bijlani gives peek into Ganpati puja in throwback pic, prays for all to be safe 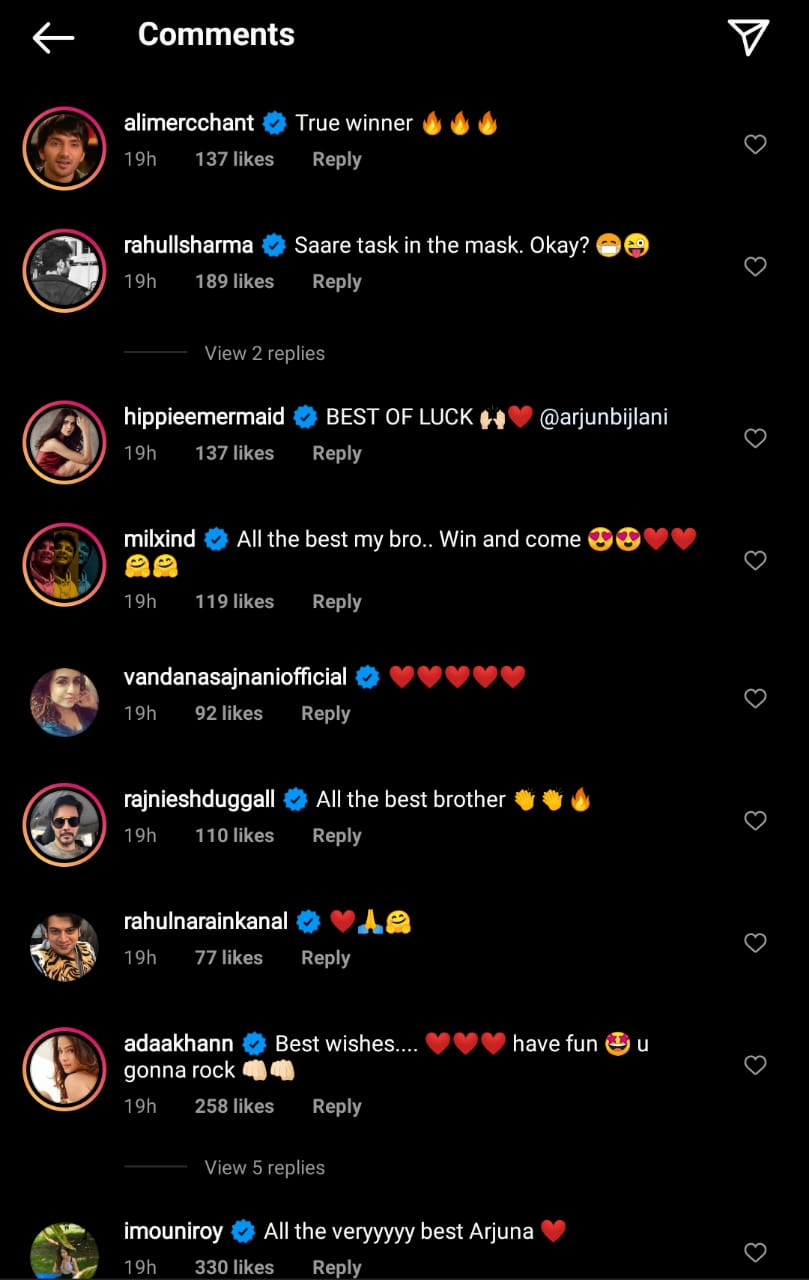