Avika Gor was in 'tears' after she and her boyfriend Milind Chandwani penned heartwarming notes on couple marking their 2-year relationship. 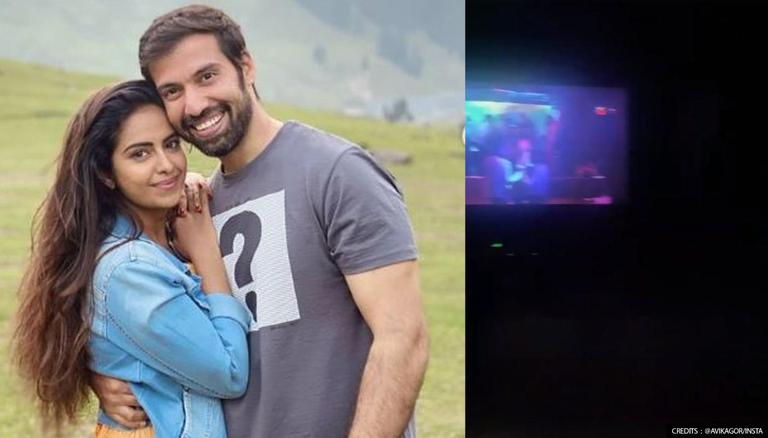 
Avika Gor and Milind Chandwani are living it up in Jammu and Kashmir and they have a reason. The couple is celebrating two years of their relationship and the actor dropped a stunning snap from their holiday to Sonamarg. The duo also expressed their gratitude to each other for the love and support, promising to spend more love-filled moments.

Smiling in each other's arms with the mountains and the sun above in the background, Avika and Milind celebrated their relationship anniversary. The Balika Vadhu star wrote that her life was filled with utmost Joy & love' because of her boyfriend and thanked him for making her believe in herself.

She wrote that she loved him for being the person who pushed her to see beyond and encouraging her to grow every single day. Calling herself 'blessed', the 24-year-old promised to 'celebrate every moment' with her 'human.'

READ | Avika Gor's birthday quiz: Can you guess her shows just by the character description?

Milind too penned a lovely note on Instagram and wrote that he could not believe that it had been two years since they met. 'Has it really been that long' he asked and called it 'crazy' since he believed that he knew her 'forever' and sometimes 'just met' as they have 'so much fun together.'

The former Roadies contestant recalled meeting her at a party, which 'wasn't even a proper meet,' and did not imagine that she would become 'so important' to him. He also thanked the person who had 'dragged' him to the party.

"You fill my heart with more & more love every day," he wrote and also thanked her for understanding when he gives her a 'hard time' and also when his academics taking up most of his time.

He also wanted to say publicly that she filled his life with light, and make him 'want to be a better person every day' & guide him 'towards a beautiful future together. ' Milind then penned 4 lines of poetry' and hoped it did justice to his feelings:

He showered his love on the 'beautiful' and for making him a 'happier'. Avika was in 'tears' after his message and wrote 'not fair.'

Later, she also shares glimpses of their celebration, which included a cake, and Milind booking the entire theatre for them. Meanwhile, on the professional front, Avika is currently in the news after her hit show as a child, Balika Vadhu, was announced for a sequel.  She was also starring in the Telugu movie Bro. A Zee5 venture titled Net is also one of her projects.

WE RECOMMEND
Surekha Sikri's death: Avika Gor pens tribute, says 'she has left a legacy to follow'
Kamya Panjabi dedicates emotional video to Pratyusha Banerjee on birth anniversary; watch
DYK Avika Gor from 'Balika Vadhu' has worked with Yami Gautam in a TV show back in 2007?
Priyanka Chopra pays heartfelt tribute to Surekha Sikri, calls her 'actor par excellence'
Avika Gor on foraying into Tollywood after TV: "I always wanted to do something bigger"