'Bachelor In Paradise 7' Episode 7 Recap: Were Chris And Alana Dating Before The Show?

'Bachelor in Paradise 7' is a popular TV show that created a buzz among the fans when the latest episode depicted a major twist. Read further to know more. 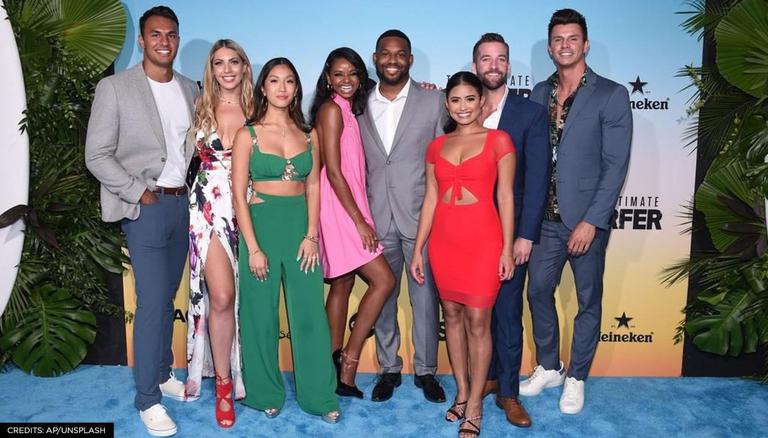 
The fans, who have been watching Bachelor in Paradise season 7 recently witnessed all the drama between the couple who made their connections before the season began. The recent episode welcomed a couple of cast members to the VIP party and introduced four women. Chris Conran was left stunned when he saw that one of the women were Alana Milne who made waves last week when he was trying to connect with Jessenia Cruz.

As Chris Conran learnt the return of Alana into his life, he decided to part ways with Jessenia and said, "You're such a sweetheart. Both of you guys were on my list, and obviously you were my number one. And I didn't, like… I didn't think I'd have feelings with her walking in at all… I don't know right now." When Alana tries to interrupt, Jessenia then throws a penalty flag, yelling, "We're talking! We're in the middle of a conversation." Later on, Riley expressed his opinion on Chris ending his relationship with Jessenia for Alana, he said, "I turn around, Chris is mouth-to-mouth, tongue deep with Alana!" says Riley, shuddering. "I mean, that's just one of the most disgusting, dishonorable things that you can do to somebody." Furthermore, when Jessenia was left in tears after Chris broke up with her, even Maurissa broke down thinking that Riley might break up with her too.

The next morning, Mari sits down with Kenny and expresses her feelings to him and said, “I really like you. I care about you, and I want to be with you." Admitting his feeling for Mari, Kenny replied, “ The feelings for you from the beginning for whatever reason were pretty strong. I'm not sure I've ever felt this kind of feeling before, to be honest with you."

READ | Who's Demi Burnett from 'Bachelor in Paradise', what's her age? Here's all about her

Meanwhile, Chris wanders on the beach feeling guilty about dumping Jessenia. He later announces his date with Alana and as they sit together, Chris speaks to her saying, "I feel like this is where I leave Paradise, and it sucks." Adding, "I wanted to see if you'd be willing to come with me." He then packs his stuff and leaves without saying goodbye to everyone. On the other hand, Alana tells him that she does not want to exit the show with him as she was not ready for a committed relationship. However, a few minutes later, she too packed her stuff and walked towards the car in which Chris was sitting and said, “Chris, this is not your car” after which he stepped out of the car and sat in another one.

READ | 'Bachelor in Paradise' Season 7 Ep. 3: Know what happened when Thomas and Riley arrived
READ | When & Why did Kendall, Joe break up in 'Bachelor In Paradise'; All you need to know