'Bade Achhe Lagte Hain 2' is set to launch on August 30, much to the audience's anticipation, and will focus on concepts of modern-day love and urban loneliness 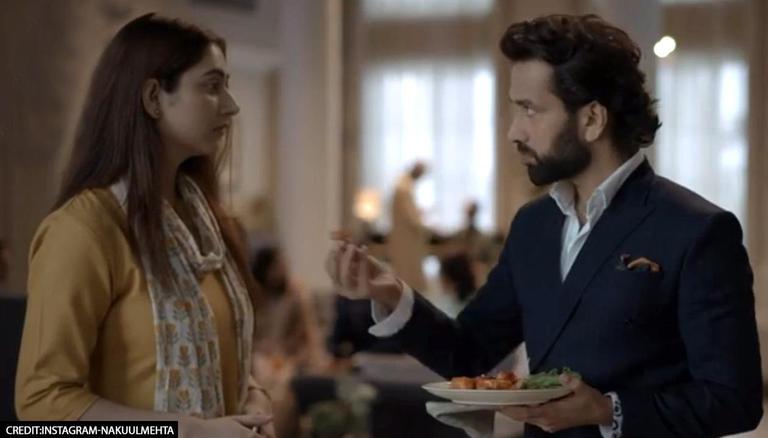 
Sony TV is set to bring the much-anticipated show Bade Achhe Lagte Hain 2, which focuses on modern-day love and urban loneliness to the audiences this month. The show will star Disha Parmar and Nakuul Mehta reprising the iconic Jodi of Ram and Priya and will premiere on August 30 Monday-Friday at 8 pm. The second promo of the television show was launched by Sony TV on Thursday, which gave a sneak peek into the different personalities of Ram and Priya. Producer Ekta Kapoor also shed light on the premise of the show, mentioning that it will focus on how people organically fall in love after marriage.

The promo showcases the duo looking out from their balcony as Priya expresses disappointment with the rain, leading to traffic and dirty puddles all around. Whereas, on the other hand, Ram is thrilled with the rains as it replenishes nature as soon as it showers. The two can be then seen enjoying Pakoras, smiling at each other, as the narrator says," “Shaadi ke baad pyaar hote hote ho hi jata hai (one tends to gradually fall in love post-marriage).”.Have a look.

The original show went on to be super successful, with Ram Kapoor and Sakshi Tanwar in lead roles and now this show marks a retelling of that story with fresh leads.

Nakuul and Disha on being part of the show

Nakuul Mehta shared his excitement about playing the lead role in the much-touted TV serial. He said that he was on a sabbatical from television which is usual for him between two shows, with nothing exciting going on. When the offer for the second season came to him, Nakul said 'hey, wait. I want to explore this'. He also mentioned that the unique concept was loved by him and his parents when it earlier appeared on TV. He said he was 'very upbeat' as he hadn't essayed any such character, adding that he cannot contain his excitement about the show.

Disha also expressed her feelings on essaying Priya's role in the show. She said that she is hopeful people would accept the second season of the show just like they did the first one adding that she's happy to be on board.