Pravisht Mishra, one of the lead actors from the popular tv show, Barrister Babu recently took to his Instagram handle and wished his co-actor on her birthday. 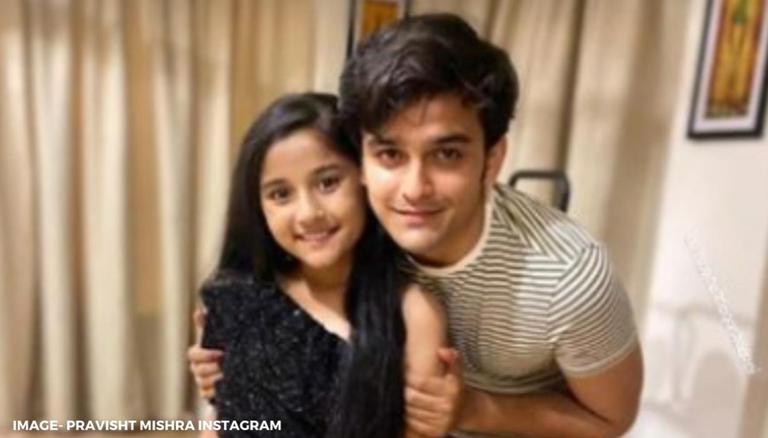 
Pravisht Mishra, also known as Anirudh Choudhary from the popular television show, Barrister Babu recently added some of the cutest photos of himself with his co-actor, Aurra Bhatnagar from the show. Pravisht Mishra shared some interesting glimpses on social media on the occasion of Aurra Bhatnagar’s birthday and even added heart symbols along with it. 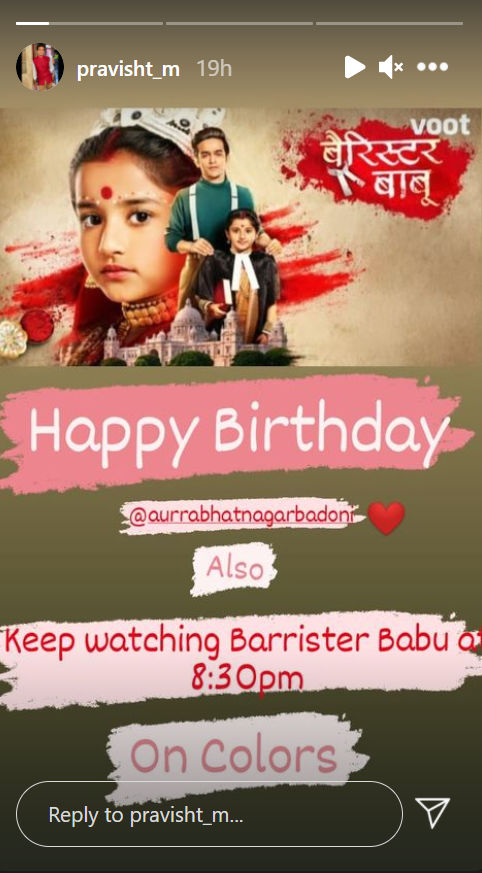 Pravisht Mishra aka Anirudh Choudhary recently took to his Instagram handle and shared a series of photos on the happy occasion of his co-actor, Aurra Bhatnagar’s birthday. In the first photo, he shared a glimpse of the poster of their television show, Barrister Babu that showcased their characters in the show. He then wrote “happy birthday” next to it and tagged Aurra Bhatnagar in the Instagram story with a red heart symbol next to it. He then urged all his fans to keep watching their show, Barrister Babu on Colors, and even mentioned the time of the show. 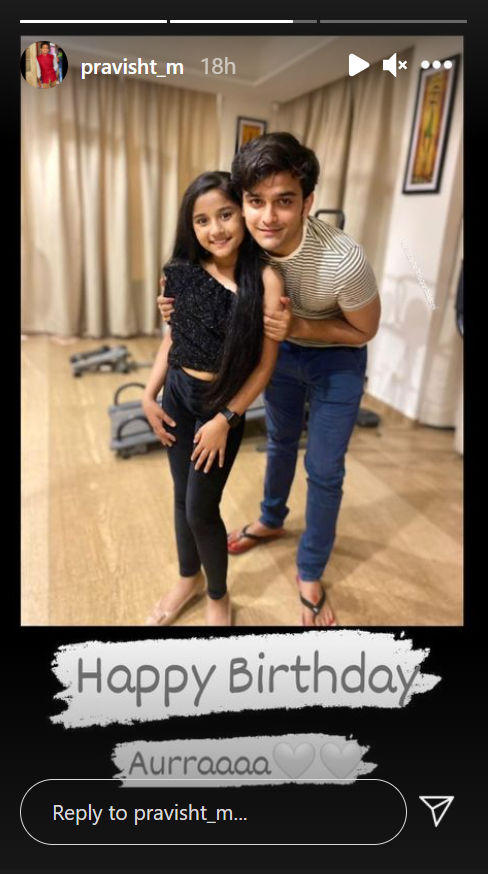 In the next one, he added a cute photo of them together in which he can be seen posing in a cool black-and-white striped tee along with a pair of blue denim and red slippers. On the other hand, Barrister Babu’s Bondita can be seen wearing a glittering black one-shoulder top and a pair of black leggings and even wore a cool smartwatch on the wrist. The photo depicted how they both captured this photo in a gym with treadmill machines kept at the back. 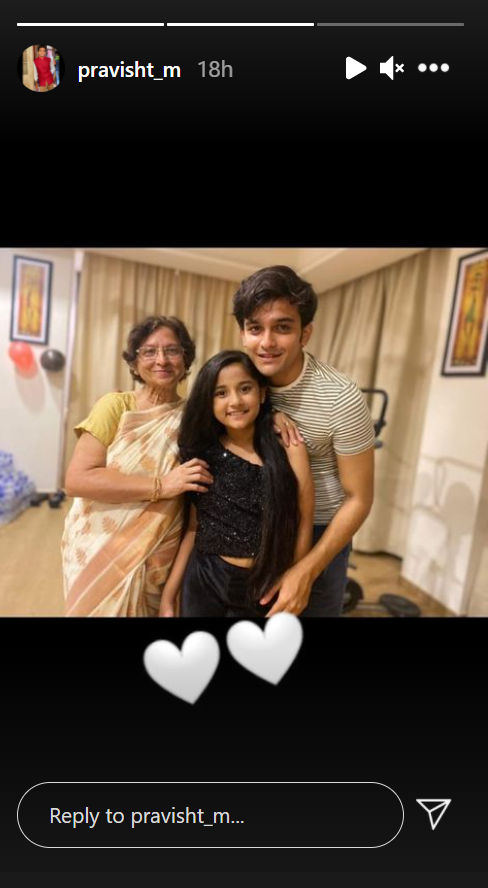 Pravisht Mishra also added yet another photo of them together standing at the same gym along with a lady standing next to them. The photo also showcased their smiling faces along with two large white coloured heart symbols.