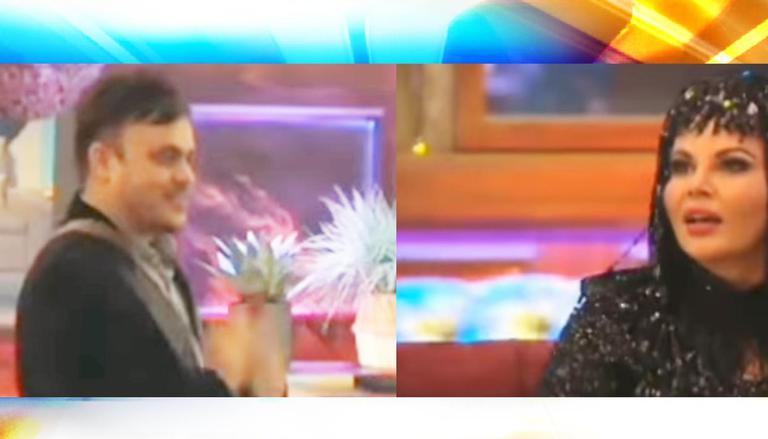 The social media platform Twitter saw a flood of reactions from netizens after Rakhi Sawant and Ritesh slammed the popular couple Tejasswi Prakash and Karan Kundrra on the show. A fan of TejRan (the name given to Tejasswi and Karan Kundrra by fans) claimed Rakhi Sawant and her husband both are fake. The fan also wrote if they have a real relationship, they will call TejRan's love fake with dignity. The fan wrote, "If rakhi sawant and uska pati are real. THEN I WOULD LOVE TO CALL TEJRAN FAKE WITH SO MUCH DIGNITY TEJRAN TOGETHER FOREVER."

If rakhi sawant and uska pati are real. THEN I WOULD LOVE TO CALL TEJRAN FAKE WITH SO MUCH DIGNITY

Another fan sarcastically wrote Rakhi Sawant's husband's claim about Tejasswi and Karan's relationship was funny. The fan wrote, "RakhiSawant husband saying tejran fake is the most funny thing...And now the way Karan Kundra and Tejasswii Prakash are accepting their love..It's sure for real." A fan also claimed Rakhi Sawant and Ritesh are after the strong competitors in the show.

#BiggBoss15 #RakhiSawant husband saying #tejran fake is the most funny thing...And now the way #KaranKundraa and #TejasswiiPrakash are accepting their love..its sure for real..good they found soulmates but they are both strong and focus should be game

#RakhiSawant and her husband are the only people in d house who thinks tejran is fake .....
Fake logo ko doosre bhi fake lagenge....
Kherrrr last tweet for these two disgusting people#TejRan knows what they r doing they don't need your validation

Attacking someone personally is called entertainment? No. No one should cross boundaries.

Rites himself is a fictious character how can you say fake to the most genuine ppl in the house. #BB15

Ritesh might not be Rakhi Sawant's actual pati but they do seem made for each other. Both are irritating to another level! 😴😴#BIggBoss15

When did Rakhi Sawant get married?

WE RECOMMEND
Rakhi Sawant transforms into 80-year-old woman for 'Begum Badshah'; netizens react
Prime Video sets December 3 premiere for 'Inside Edge' season three
Rakhi Sawant says her husband’s a look-alike of Ranveer Singh; See his pic from BB15
Rakhi Sawant enters BB15 with husband; reveals how they met & what she fondly calls him
'BB15': Suniel Shetty reprises his famous 'anna' dialogue in promo, contestants perform
Listen to the latest songs, only on JioSaavn.com