The new season of ‘Bigg Boss’ was launched on Monday. The event was held at the Metro yard in Mumbai. Salman losing his cool on a media person was a highlight.

The Metro has much in the news for the past few days and Bollywood celebrities too have joined in. While several stars lent their support to the ‘Save Aarey’ campaign to protest against the proposed Metro shed, Akshay Kumar took a Metro ride and praised the mode of transport. The Metro also sparked a row when Amitabh Bachchan’s tweet praising Metro was slammed by activists and Mouni Roy too lashed out after her car was damaged following a rock falling from the construction site. On an unrelated note, Salman Khan launched the latest season of his hit reality show ‘Bigg Boss’ at the Metro yard in Mumbai. Apart from an entry from the metro train and some trademark performances, the host losing his cool at a media person was among the highlights.

A special ‘Bigg Boss’ Metro train was one of the highlights of the launch event in Mumbai on Monday. Salman Khan, his former co-star Ameesha Patel and TV stars like Arjun Bijlani, Puja Banerjee and ex- ‘Bigg Boss’ contestant Sana Khaan were present at the event. 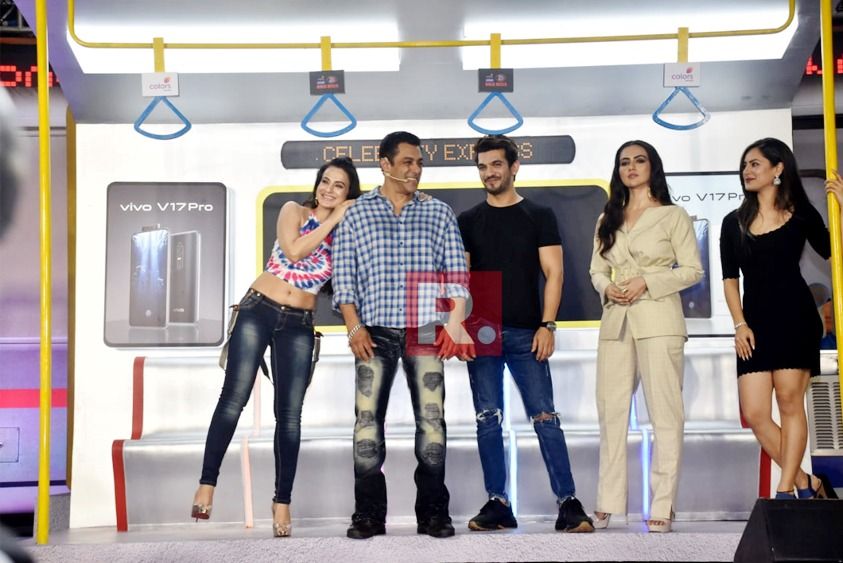 Salman Khan performed to ‘Jumme Ki Raat’ and also participated in an act with ‘lavani’ dancers.

However, towards the end of the event, Salman Khan got irritated with a particular photographer when the photo-ops were taking place. He told the media person that he always seemed to have a problem and asked the other media persons to handle him.

“This happens every time for you, it doesn’t happen with anyone else. If you all do it peacefully, you will get the photographs. You never request. You all have to do something about him. If you are having a problem with me, then I feel I should be banned. You guys take care of this dude,” Salman said.

READ: Will Mallika Sherawat And Ameesha Patel Be Seen In Bigg Boss 13?

The 13th season of ‘Bigg Boss’ is airing on September 29, Sunday. Starting from the fourth season, Salmnan Khan has hosted every season of the show. With the launch in a metro, it’s likely that the set, which had donned various avatars over the years, could be designed in this way.

‘Humpty Sharma Ki Dulhania’ fame Siddharth Shukla and ‘Saath Nibhaana Saathiya’ actress Devoleena Bhattacharje have been confirmed as contestants, while reports of many other stars are doing the rounds.