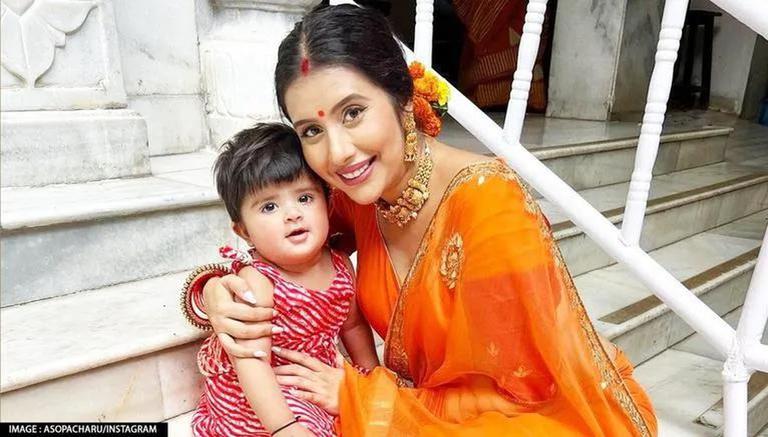 
Charu Asopa celebrated her daughter Ziana's first birthday, sharing the little one's pictures on social media and expressing how blessed she feels to embrace motherhood. Charu, who has been grabbing headlines following her turbulent marriage with Rajeev Sen, shared Ziana's glimpses on her Instagram handle and reflected on their bond. Ziana's first birthday comes days after Charu and Rajeev finally decided to part ways after almost 3.5 years of marriage.

Taking to her Instagram handle on Tuesday, November 1, the TV actor shared a series of Ziana's candid glimpses and wrote, "Happy bday my pyara sa bachha. may god bless you with all the happiness. Your smile is everything to me, keep smiling my jaan. Thank you so much for choosing me as your mother. I feel so lucky and so blessed. love you my puchkoo." Take a look.

In a conversation with Pinkvilla, Charu also spilt beans on her daughter's birthday plans, revealing that her sister-in-law Sushmita Sen won't be present. Charu said that the actor had to leave for a shoot immediately, however, her daughters Renee and Alisah have planned something special.

"Sushmita (Sen) didi, Renee, and Alisah have planned Ziana's first birthday. Unfortunately, didi won't be able to be a part of it because she had to suddenly go for some shooting. So, she won't be able to make it but the whole family is going to be there," she told the outlet.

Charu Asopa accuses Rajeev Sen of cheating on her during pregnancy

Talking to Pinkvilla, Charu alleged that Rajeev used to disappear for hours on regular days and came up with several excuses when she questioned him. "At times, he said he slept in the car and many other excuses. Once he just went to Delhi without saying and I was moving things here and there, and that’s when I found something in his bag, through which I found out that he is cheating on me," she mentioned. Charu also claimed that Rajeev raised his hand at her, and the whole family knew about it as well. The actor asserted that she still stayed with him as she loved him a lot.