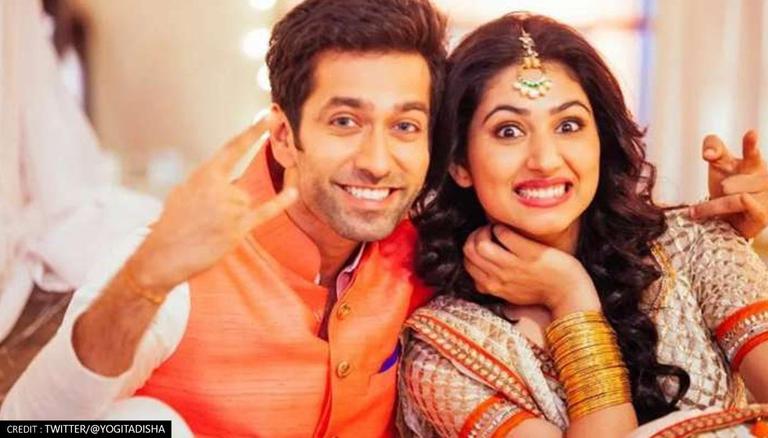 
Television's popular drama show Bade Achche Lagte Hain is back again with another season. After rumours about the Bade Achhe Lagte Hain 2 started swirling around, the netizens finally found that their beloved couple from an eight-year-old show would be reuniting. Confirming the speculations, a new picture from the sets of the forthcoming drama is fueling fans' anticipation.

The highly anticipated show will bring back the popular couple from the 2012 show Pyaar Ka Dard Hai Meetha Meetha Pyara Pyara, Disha Parmar, and Nakuul Mehta. In the pictures going viral online, Parmar and Mehta can be seen dressed as their characters in what appears to be a scene from the show. Fans expressed their excitement after seeing the first look of the actors from the upcoming show.

Several reports suggested Yeh Hai Mohabattein actor Divyanka Tripathi Dahiya being roped in to play the lead role in the show. Confirming the same, Divyanka recently went live with her husband Vivek Dahiya on Instagram and talked about the show. She confirmed doing the screen test for the role of Priya, however, turned down the project. She believed that she could not relate to the character and did not feel like portraying it.

The duo was last seen in Star Plus' popular drama titled Pyaar Ka Dard Hai Meetha Meetha Pyara Pyara in 2012. Playing the role of Pankhuri Aditya Kumar and Aditya Harish Kumar, respectively, their pairing was an instant hit on television. Bringing back the same magic, Parmar will be seen portraying the role of Priya Kapoor, on the other hand, Mehta will play the role of Ram Kapoor.

READ | Disha Parmar shuts down trolls who slam her for not wearing 'sindoor'; 'It’s my choice'