After actress Yuvika Chaudhary landed into legal trouble for allegedly using a casteist slur in a viral video, her husband Prince Narula came in support of her. 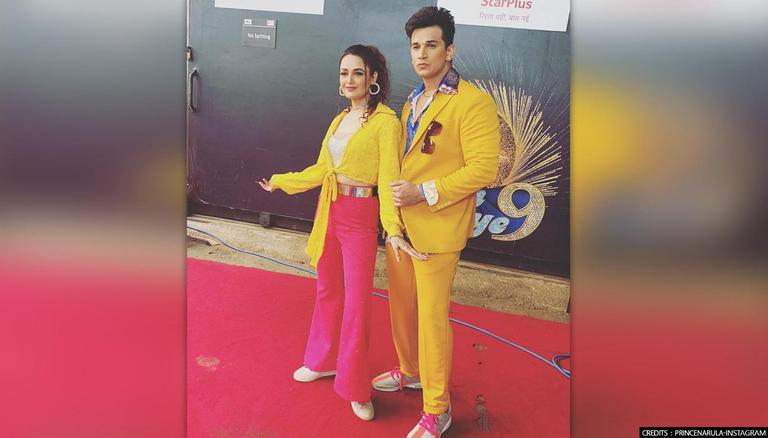 
After actress Yuvika Chaudhary landed into legal trouble for allegedly using a casteist slur in a viral video, her husband Prince Narula came in support of her. During his recent outing in the city, the actor was asked by the paparazzi about say in the entire incident to which Prince expressed his shock over the reaction of the people. The actor claimed that his wife was ‘unaware of the word’ in reality. He also said that nowadays people tend to make big issues out of such small things and refrain to talk about subjects that are important.

Further, trying to justify his stand on the incident, the Roadies judge said, “There are many things where people need to take action on and this issue was very small as she was not aware of the word and its meaning. She was not aware of the fact that the word she used is referred to any specific cast because we do not believe in the caste system. I am Punjabi and she is jat. And if things would have been different, we would not have been married in the first instance.”

Adding, Prince spoke about how Yuvika even apologized for her mistake and made it clear about her intentions. Yuvika Chaudhary had allegedly used a casteist slur in the latest video of her YouTube channel which featured her husband, Prince Narula. The video of The Shaukeens actress went viral on social media on May 25, triggering widespread criticism. Yuvika used a colloquial reference to a lower-caste community in a video that soon video went viral resulting in backlash. Enraged netizens began trending 'Arrest Yuvika Chaudhary' on social media. The former actress soon took to Twitter to issue an apology, saying she did not know the meaning of the said word.

The Haryana police had booked the actress on May 29 following a complaint by a Dalit rights activist. The FIR was registered under the Scheduled Castes and Scheduled Tribes (Prevention of Atrocities) Act. In his complaint, Dalit rights activist Rajat Kalsan alleged that the actress made some derogatory and objectionable remarks about the SC community in the video and handed over its copy to the police. The complaint was made to Hansi SP Nikita Ahlawat on May 26 in this regard, the police said.