Ekta Kapoor's Birthday: The producer-director spent her 46th birthday all alone in a hotel room filled with decorations and a birthday cake. 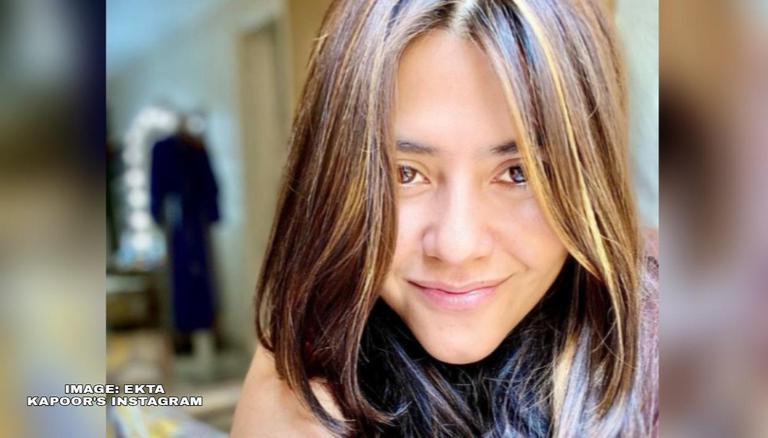 
Ekta Kapoor has emerged as one of the most successful producers in India, who became a household name by creating several popular soap operas in the 2000s. The Kyunki Saas Bhi Kabhi Bahu Thi producer turned a year older on June 7. Just like many others in the COVID-19 pandemic, Ekta did not throw a big birthday party. In fact, she celebrated it all alone in a hotel room.

Ekta Kapoor spends her birthday 'all alone' in a hotel room

Ekta Kapoor took to her Instagram story on Monday to share a video of her hotel room filled with birthday decorations. In the video, her bed was filled with a handful of colorful balloons, and the wall over the bed had a 'Happy Birthday' banner hung over it. Ekta then moved the video towards the table in the corner of the hotel room which had a delicious treat waiting for her. She zoomed in to a mouth-watering birthday cake which was heart-shaped along with yellow toppings. Ekta wrote in the story, "All alone in....". Watch video-

In the following story, Ekta Kapoor shared a quirky gift given by her friend Freddy Birdy. He gifted her a Yardley London English Rose soap and wrote on the story: "Happy birthday to the queen of the soap Ekta Kapoor". The gift left Ekta Kapoor in splits and she wrote several laughing emoticons on the story.

On the occasion of Ekta Kapoor's birthday, several television celebrities dropped their wishes. Actor Anita Hassanandani who has worked in Ekta Kapoor's production house's various projects like Kya Hadsaa Kya Haqeeqat, Lavanya, Kohi Apna Sa, and many more, penned an endearing note to wish her good friend. Anita shared a selfie with Ekta Kapoor in which she was hugging her as they were both all smiles. Anita wrote in the caption "I always make it a point to wish you sharp @ midnight cos I want to be the first to wish you… Being a new mom I doubt I will be awake then so I’m posting and wishing you before time… That way I’ll maintain being the first one to wish you. cos you are the FIRST MOST important person in my life and the only one I love as much as my family... maybe even more cos You are FAMILY I must’ve done something right in my previous birth to have you in my life. I love you I wish you great health happiness and LOVE. Muaaah muaaah muaaahh Happiest birthday."

READ | Did you know birthday girl Ekta Kapoor has a phobia of heights and dark places?
READ | Anita Hassanandani wishes Ekta Kapoor on her birthday, expresses 'love and gratitude'