The Fresh Prince of Bel-Air's upcoming reboot has now lost not one, but two showrunners since its public announcement last year. See below - 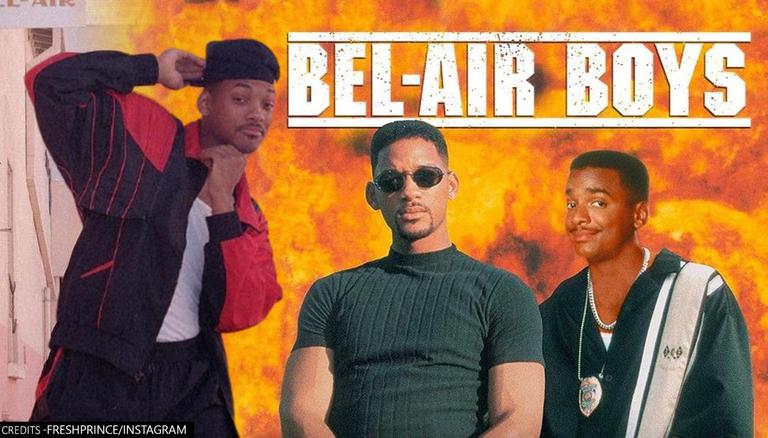 According to a report by TheHollywoodReporter, Peacock's upcoming Fresh Prince reboot saw the departure of showrunner Chris Collins. The outlet claims that the upcoming series, which will be produced by Will Smith, has decided to go in a different direction in terms of creativity. Chris Collins' departure reportedly took place in December 2020.

Collins was then replaced by Diane Houston, however, the outlet now reports that Houston has also left the series. The third showrunner to join the upcoming series is the writing duo of T.J. Brady and Rasheed Newson. The two were reportedly brought in under Diane Houston and executive producer Malcolm Spellman.

Malcolm Spellman, who was the head writer for Marvel's The Falcon and the Winter Soldier, will remain on board and will work side-by-side with the new showrunners, namely T.J. Brady and Rasheed Newson. While the newly hired writing duo will make their show running debut with the Fresh Prince reboot, the two have collaborated on Lie to Me, Shooter and Army Wives.

READ | DYK Will Smith memorized lines of all cast members from 'The Fresh Prince of Bel-Air'?

According to the report, Collins was slated to co-write the script along with Morgan Cooper, who wrote and directed the 2019 short film Bel-Air. The report also states that while Collins had been prepping the series for Universal Television for a year before the project went public in 2020, claiming that despite his departure, the material he delivered impressed the producers. Not much is known about Houston's work on the show, and how much of it remains.

READ | Will Smith's 'Big Willie Style': All you need to know about the Fresh Prince's debut album

About The Fresh Prince of Bel-Air reboot

According to the aforementioned report, after Morgan Cooper's trailer of Bel-Air went viral on social media, several platforms including Netflix and HBO Max got into a "bidding war" for the reboot. However, Peacock soon acquired the rights and ordered a 2-season show, which is reportedly expected to release sometime in 2022.

READ | Will Smith's The Fresh Prince of Bel-Air: All you need to know about the star's TV debut

The series will be executive produced by the original Fresh Prince Will Smith, Quincy Jones, Benny Medina, and original series creators Andy and Susan Borowitz. Newly appointed showrunners for the Fresh Prince reboot, Brady and Newson, have also produced shows like The Chi and The 100.

According to THR, the Fresh Prince reboot will be a "dramatic take" on the original show. The show will also dig deeper into conflicts of race and what it means to be Black in America however, will still keep true to the fun parts of the original show. Will Smith announced the deal with Peacock for two seasons via a Youtube video last year.