Actress Gauahar Khan recently posted a goofy video on her Instagram which showed her laying down while her husband, Zaid Darbar rested his legs on her. 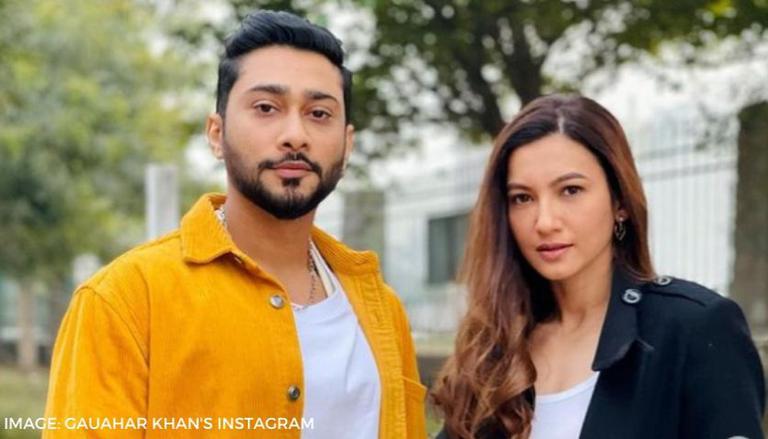 
Actor Gauahar Khan recently posted a goofy video on her Instagram account which showed her laying down while her husband, Zaid Darbar rested his legs on her. A user made a nasty comment on her video about a "woman’s place" in a marriage. Gauahar slammed the troll by replying that it is a relationship of equality and not domination.

Gauahar responds to a troll who makes nasty comment

Gauahar Khan shared a video in which Zaid's legs can be seen resting on her. She seemed quite cosy and enjoyed the time with her husband. In her caption, she wrote, “A Love like this .... hehehehe #Goofies #crazies #Gaza @zaid_darbar  #reels #trending.”

While many fans and friends such as Anam Darbar, Mreenal Deshraj and others showered love on the video, one user wrote, “True Islam the women is a domination of man and always at his feet." The comment left Gauahar annoyed and she wrote, “no loser, it's called comfort, friendship, love n companionship. In Islam the woman is described at not above nor below a man, it's next to him, so she can be close to his heart. Learn n explore before u talk some bu*****t."

Later, she also blocked the person and wrote, “this loser didn’t deserve niceness n a respectful answer. #Block !” Have a look at the reactions below. 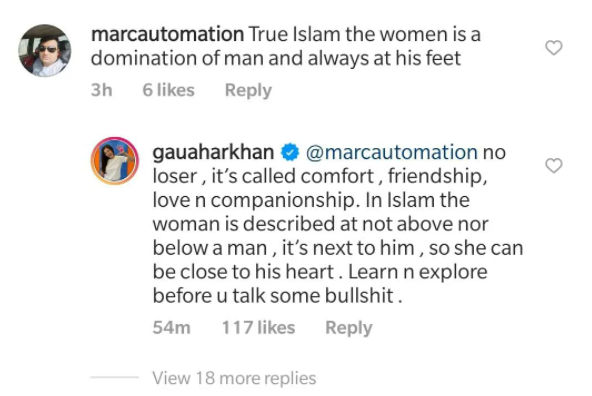 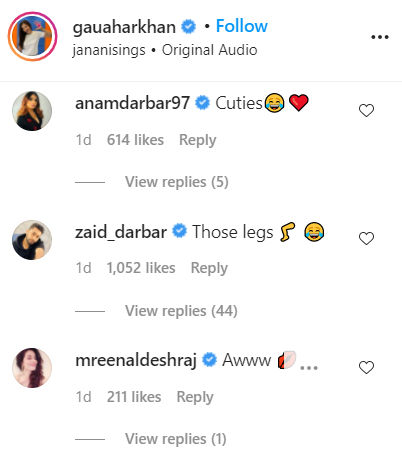 The couple often shows love towards each other by sharing cute posts on Instagram. During the month of Ramzan, Gauahar shared several videos in which she can be seen praying, dancing and spending time with Zaid. She was also seen taking part in a few of the latest Instagram trends with Zaid. Take a look at some of Gauahar Khan's videos below.

More about the couple

Zaid is the son of music composer Ismail Darbar. Gauahar Khan and Zaid Darbar announced their engagement on November 5, 2020, and tied the knot on December 25, 2020, in Mumbai. On the work front, Gauahar was last seen in Saif Ali Khan-starrer political drama series Tandav. The show is created and directed by Ali Abbas Zafar and premiered on January 15, 2021, on Amazon Prime Video.

READ | Gauahar Khan updates fans on her 'Roza' progress, asks 'what para are you on?'