Gauahar Khan revealed that she was extremely angry when the first false reports came in. She said that it was Zaid who calmed her down. 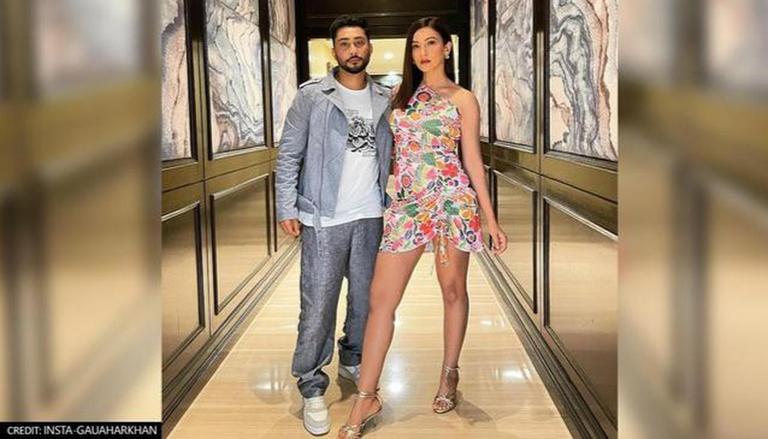 
Actor Gauahar Khan and Zaid Darbar were recently trolled after it was initially reported that Khan was 12 years older than him. According to Hindustan Times, in a recent chat show, the actor revealed that she was extremely angry when the first false reports came in. She said that it was Zaid who calmed her down.

Gauahar Khan on the latest rumours

During a joint appearance on a chat show, Gauahar Khan's husband, Zaid Darbar said that he followed Khan's lead when it came to tackle trolls by netizens. Khan added that there were times when she wanted to 'blast someone,' however, Darbar advised her to let it go. She said that she saw headlines that claimed that she was 12 years older than Darbar.

The Ishqzaade actor said that 'Wikipedia' has wrong information about her and her hubby, Darbar. She said that on her Wikipedia page, there is a movie with a title like 'Miss India' something that she does not know anything about. She continued that likewise, Darbar's birth year was 'written wrong.'

READ | 'Be ready to be sued': Gauahar Khan rubbishes reports of collab with Varun Dhawan

Khan revealed that she was angry at first, however, Darbar pacified her by saying, "Why do you have this wrong age on your Wiki? It's all your fault." The actor continued that Darbar asked her to 'calm down' and questioned her 'why is she getting so affected.' Darbar then calmed her down and said that 'he is younger than her and he does not have any problem being 20 years younger than her.' Darbar explained to her that it is another thing that he is only six years younger than her. He asked her not to get affected by such things.

Gauahar Khan and Zaid Darbar reportedly met each other for the first time at a grocery store during the COVID-19 lockdown in 2020. It is said that Darbar dropped a message to Khan on Instagram. He called her the 'most beautiful women' he has ever seen. The couple, then, tied the knot in December, just five months after he first saw her. In the GaZa wedding video, Darbar called Khan the answer to his prayers. He said, "I know for a fact ki Gauahar ko mere paas unhone hi bheja hai (God has sent her to me)."

Meanwhile, for the unversed, Khan has been featured in several TV shows and films such as Rocket Singh, Game, and Ishaqzaade. She has also participated in reality shows such as Jhalak Dikhhla Jaa 3, Bigg Boss 7, and Fear Factor: Khatron Ke Khiladi 5. She was last seen in the Amazon Prime web series titled Taandav.