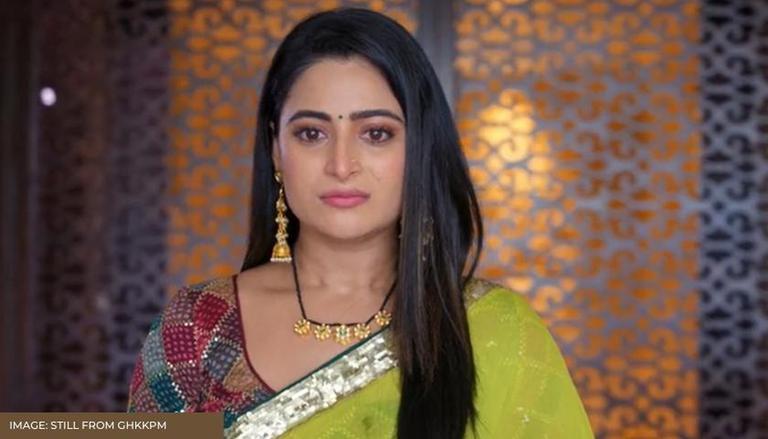 
Ghum Hai Kisikey Pyaar Meiin episode on May 11 starts with Virat promising Sai that he will not move while she will give him a sponge bath. The duo shares a hearty laugh. As Sai continues giving a sponge bath to Virat, during their conversation, Sai unknowingly taunts him with Pakhi's name. However, she later apologises to Virat. Virat later asks her if she has forgiven him for what he did to her. And, in response, Sai tells him that she needs time for it. Read on for a detailed Ghum Hai Kisikey Pyaar Meiin written update for May 11.

On the other hand, at the Chavan house, Pakhi in her room recalls how Virat had asked her to leave when Sai came. Meanwhile, Karishma notices that Pakhi is hurt and adds fuel to the fire. However, Pakhi gives her a firm warning to stay out of her matter. As Karishma leaves, Pakhi self-proclaims that Sai is responsible for her tears and she will take revenge for every hurt.

Back in the hospital, Sai and Virat have a cup of tea together in the garden while the former explains to him that she has come to fulfil her duties and not for her rights. Later, Virat asks her if she will come back to the Chavan house. Sai quickly tells him to not expect much as she has not come back to go to the Chavan house. As Virat continues to argue with her, she diffuses the situation by saying that only time will tell what will happen in the future.

Amid their conversation, Virat asks her to order food for herself; however, Ashwini and Mohit get homemade food for them. Seeing Ashwini, Sai gets excited and hugs her. As the episode progresses further, Mohit pulls Sai's leg by teasing her for taking care of her husband and not Ashwini's son.

Later, Ashwini, too, asks Sai if she will come back to the house, Sai gives the same reply to Ashwini. However, Virat subtly convinces Sai to come home and Sai agrees but only until Virat is fully recovered. The episode ends with Ashwini telling Virat that they will no let Sai leave the house.