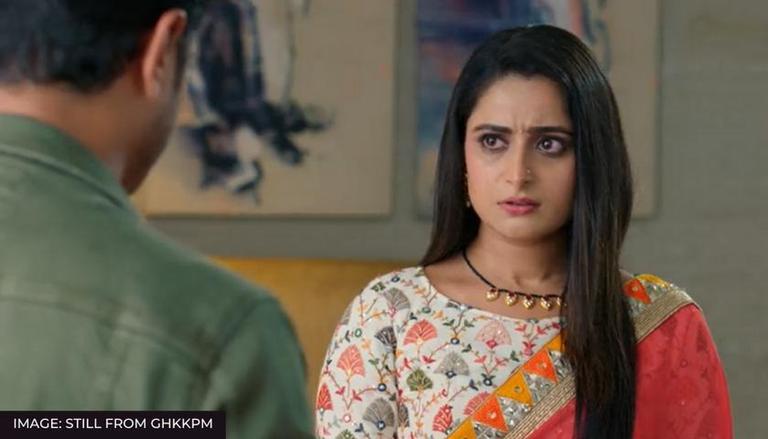 
The Ghum Hai Kisikey Pyaar Meiin June 1 episode starts with Virat continuing to convince Pakhi to act in the play. Pakhi agrees to help Virat and tells him that though she does not like Sai, she is doing it only for Virat. On the other hand, Karishma pokes fun at Mohit as she assumes that Pakhi will never agree to share the stage with Sai while Sai gets worried for Virat. Later, Virat comes with Pakhi and announces that she agreed to play Devyani's character. Sai thanks Pakhi for participating. Read on the detailed Ghum Hai Kisikey Pyaar Meiin written update for June 1's episode.

However, Pakhi gives a rude reply to Sai and tells her that the latter's existence does not matter to her. On the other hand, Virat hopes that Sai does not continue to argue. Amid that, Mohit asks Pakhi and Sai to focus on the script and try practicing it. As the episode progresses further, Virat compliments Sonali and Ashwini. Later, Virat requests Bhavani, Ninad and Omkar to behave with Devyani's family. But, Bhavani claps back at him and says that she is only attending the party for Devyani while telling him not to expect much from her.

Later, Virat gets a message from Pulkit that he is on the way. Virat also informs about the play to the Chavan family. On the other hand, Sai goes to mend her ways with Pakhi before going on the stage; however, Pakhi, being Pakhi, taunts Sai and starts lecturing about her care for Virat and the family. Meanwhile, Pulkit, Devyani and Harini arrive and Sai performs welcome rituals. Then Virat introduces everyone to Harini.

Ashwini gets overwhelmed and showers love on Harini while seeing Devyani excited, Harini gets irked. However, Virat diffuses the situation and introduces Harini to Pakhi. As he tells her that Pakhi is her aunt, Harini asks about her uncle Samrat. Virat assures Harini that he will be back soon while Pakhi feels pity for Virat and his lies. Later, they go into the party hall and surprise Harini. As Harini asks about the cake cutting ceremony, Virat tells her that they have prepared another surprise for her. The episode ends with Harini and Devyani sitting beside Bhavani.

READ | Ghum Hai Kisikey Pyaar Meiin 27 May written update: 'Sairat' team up for a cause