In the next episodes of 'Ghum Hai Kisikey Pyaar Meiin', Virat will decide to sort things out with Sai, the latter will expose his past relationship with Pakhi. 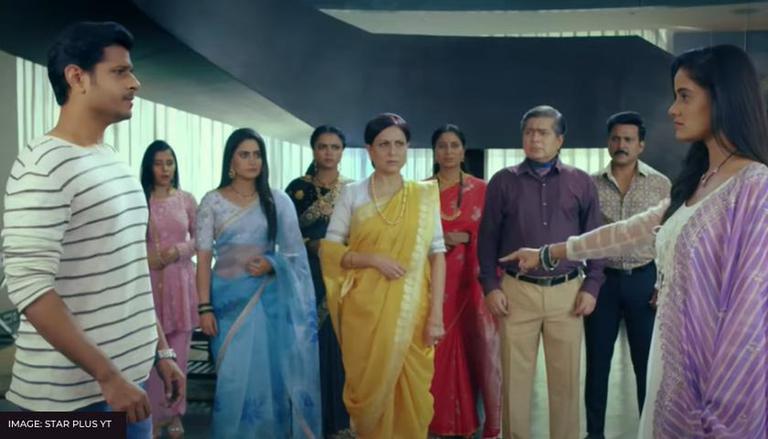 
Star Plus' October 2020 launch Ghum Hai Kisikey Pyaar Meiin is all set to serve a high-voltage drama to its viewers as a major plot twist will soon drop a truth bomb on the Chavan family. In the recent episodes of the show, the audience witnessed Pakhi's (Aishwarya Sharma) breakdown, where she accused Virat (Neil Bhatt) of infidelity. In his defence, Virat accepted promising her that he will not love any other woman in his life; however, before he could clear the mess, Sai (Ayesha Singh) witnessed their argument. Though Sai knew about Virat and Pakhi's past, she experienced heartbreak. However, her confusion will soon create chaos in the Chavan house, when she will expose Virat and Pakhi's relationship in front of the family.

In the latest episode of GHKKPM, which aired on June 5, the family returned home post Harini's birthday celebration. There, Sonali (Sheetal Maulik) and Ashwini (Bharti Patil) talk about welcoming their third generation in the family. While mentioning that Samrat (Yogendra Vikram Singh) is not here and Mohit (Adish Vaidya) is not ready to start a family, she pokes Virat and Sai to think about it. As a furious Sai leaves from there, Virat requests them to not bring up the topic of family planning.

As Virat enters his room, he finds that Sai is sleeping on the floor. Assuming that she is hurt because of the family's remark, he tries to diffuse the situation. However, Sai confronts him and asks about the promise he had made to Pakhi before the latter tied the knot with Samrat. On this, they get into a feud and Virat leaves the room. Meanwhile, Pakhi tries to mend her ways with Virat, however, the latter firmly asks her to stay away from him.

And, in the upcoming episode of the show, Virat will stand confused noticing that Sai has often given him mixed hints. As he will decide to confront her and sort things out with her, Sai will expose his past relationship with Pakhi. Meanwhile, the Chavans will stand shocked after learning the truth.