In the upcoming episode of 'Ghum Hai Kisikey Pyaar Meiin', Sai will confront Bhavani and will interrogate her about Devyani's child while Bhavani get nervous. 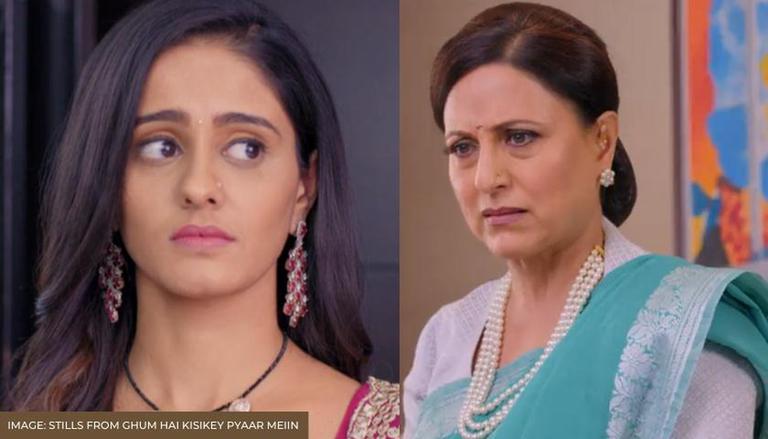 
Star Plus' October 2020 launch Ghum Hai Kisikey Pyaar Meiin has managed to keep the audience on the edge of their seat with their gripping storyline. In the past couple of weeks, the plot took the viewers on an emotional roller coaster ride. However, a section of fans was delighted as Sairat, Sai (Ayesha Singh) and Virat (Neil Bhatt), reunited. But, no, it seems like, the plot will soon take an intense turn when Sai will confront Bhavani (Kishori Shahane) while asking about Devyani (Mitali Naag) and Pulkit's (Yash Pandit) child.

In the latest episode of Ghum Hai Kisikey Pyaar Meiin, which aired on May 17, Sai and Ashwini started gearing up for the post-wedding rituals of Devyani and Pulkit while the family members were confused as Sai did not disclose her plan to them. After an argument, the elder of the family learnt that Sai invited Pulkit and Devyani to complete their post-wedding rituals. However, except Ashwini, Mohit and Virat, no one else in the house supported Sai's idea. And, in the upcoming episode of the show, Sai will soon confront Bhavani and will reveal the latter's secret.

At the end of the episode, furious Bhavani comes to her room while Sai follows her. When Bhavani lashes out on Sai for creating drama by inviting Pulkit and Devyani, Sai agrees to leave her room but only on one condition. Sai asks Bhavani about Pulkit and Devyani's child. Bhavani keeps denying to accept her crime, however, Sai suspects that she is hiding something as the latter gets nervous when the former talked about Devyani's child.

GHKKPM is a Hindi remake of a popular Bengali show, titled Kusum Dola. The show revolves around the life of an IPS officer, who sacrificed his love to honour a promise he made to his dying mentor. In the previous episodes, the plot of the show narrated the past of Devyani, the eldest child of the Chavan house. Devyani loses her mental stability after her mother and uncles separate her from her husband Pulkit, who happened to be their servant's son. However, Pulkit, who becomes a doctor, reunites with Devyani after learning that his student Sai is her sister-in-law.