In the upcoming episode of Ghum Hai Kisikey Pyaar Meiin, Sai and Virat will drift apart after Pakhi will accuse Virat of infidelity and breaking his promise. 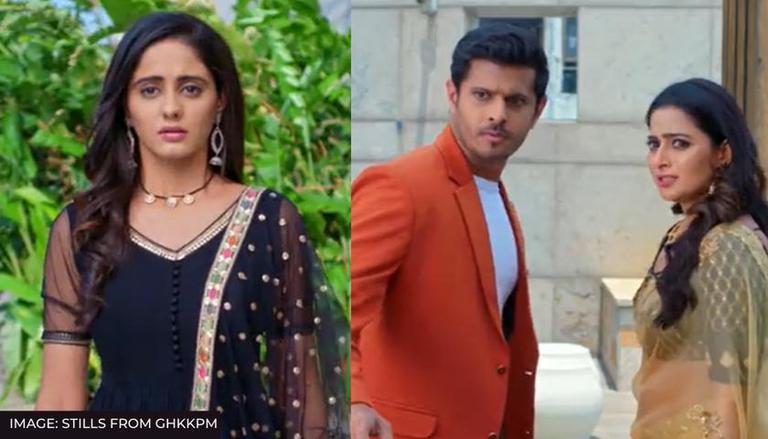 
The last few episodes of Star Plus' Ghum Hai Kisikey Pyaar Meiin were an emotional roller coaster ride for the audience as they witnessed Bhavani and Devyani's reunion. However, the differences between Devyani and her daughter Harini remained the same. But, Sai and Virat planned to give Harini a peek into the ordeals her mentally unstable mother Devyani. And, now it seems like after a couple of emotional moments, the makers and the storyline are all set to deliver a high voltage drama to the audience, especially to Sairat fans. In the upcoming episodes, Pakhi's emotional outbreak will create distance between Sai and Virat.

In the latest episode of the show, aired on June 2, Sai and Virat, with the help of Mohit, arranged a play for Harini. For Virat's sake, Pakhi agreed to play the character of Devyani and share the stage with Sai. As Sai and Virat's plan succeeded, Pakhi was heartbroken seeing them embracing each other. As she tried to leave from there, Virat held her hand and thanked her. Later, the episode ended with Bhavani mending her ways with Virat. However, the spoiler clip at the end of the episode suggested that Harini's birthday is not going to end on a happy note.

In the spoiler clip, Pakhi excuses the party and cries over the miseries of her life. And, when Virat meets her and expresses that he is unable to understand why Pakhi is angry with him, the latter accuses him of infidelity. She reminds him that they loved each other and were about to propose to each other for marriage. As Virat, who has already confessed his love for Sai to Pakhi, tries to clap back, he learns that Sai has witnessed Pakhi's emotional breakdown.

Star Plus' October 2020 launch, starring Neil Bhatt, Ayesha Singh and Aishwarya Sharma, is a Hindi remake of a Bengali show Kusum Dola. The story plot narrates the story of an IPS officer, who sacrificed his love to honour a promise he made to his dying mentor. The channel telecasts fresh episodes from Monday to Saturday and 8 PM.