Hamam's commercial for their neem soap has been loved by the masses as it showcases a sweet tale with a COVID-19 message. Here is Hamam soap ad cast details 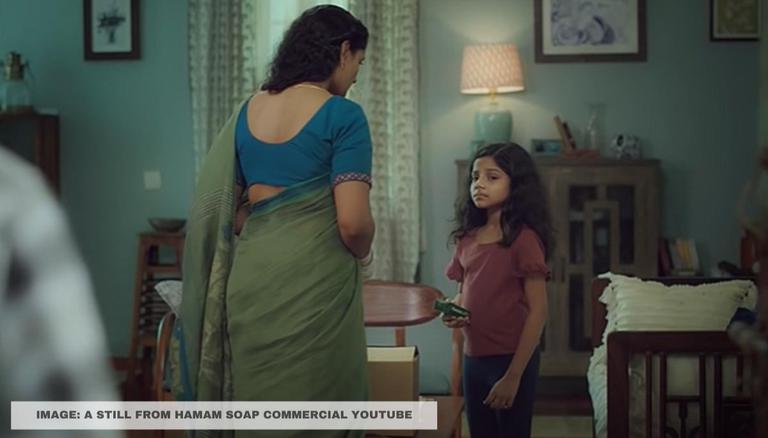 
Hamam is one of the most popular soap brands across India and their soap commercials are equally popular for disseminating messages about women empowerment. One of their recent ads emphasises the need for everyone to be compassionate towards others amid the scary times of the ongoing pandemic. While the commercial has been getting a lot of love and attention from the audience, it has also led to curiosity among netizens to know the Hamam soap ad cast. Thus, read to find out details about the soap ad's cast.

Last year, Hama kicked off their "#GoSafeOutside" & "#StaySafeInside" campaign and released a soap ad based on the prevailing times of the Coronavirus scarce. The commercial ad's story showcased the tale of a doting mother and her empathetic daughter. The video clip begins with a woman opening the door to accept her parcel from a delivery agent while undertaking all the precautionary measures against COVID-19. However, her elated daughter opens the parcel without wearing hand gloves or even sanitizing the box. Upon opening the box, her mother takes out two boxes of soap and sternly asks her to take a bath using the same soap because the parcel must have been to so many places before it got delivered.

In her response, the child tells her mother that the man who delivered it also needed the soap to safeguard himself from falling ill. She is then shown to hand over one unit of the soap to the delivery boy while he thanked her for the same. In this commercial, the role of "Amma" is essayed by famous Kollywood actor, Divya Parameshwaran. After starring in 2011's Tamil film Ponnar Shankar, Divya has also featured in commercial ads for Hamam, Dove and Rin over the years.

On the other hand, The Hamam soap ad child actress is none other than Manasvi Kottachi. The child artist is a popular face in the Malayalam and Tamil film industries. She has starred in several films including Imaikkaa Nodigal, Suttu Pidikka Utharavu, Iruttu and Darbar to name a few. However, details about the delivery guy in the Hamam soap ad cast remain unknown.

READ | 'Ek Mini Katha' cast: Here is a list of actors that play key roles in this adult-comedy