'He Lies All The Time': Nia Sharma Reveals What Her Boyfriend Does To ‘avoid Arguments'

In her recent AMA session, 'Jamai 2.0' actor Nia Sharma hinted at not only having a boyfriend but also spoke about how he lies to her. Read on to know more. 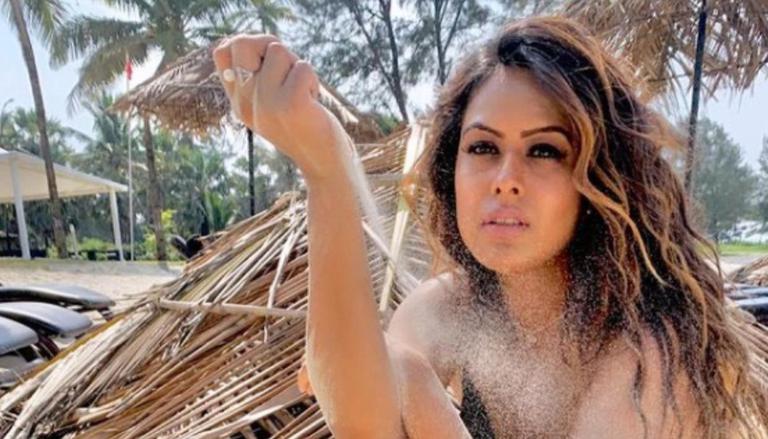 
Actor Nia Sharma indulged in the "Ask Me Anything" session on Instagram on Tuesday night and fans rushed to question her about several things. The actor was quick to reply to a bunch of their messages but it was her answer to a question related to her boyfriend that created a buzz amongst her fans. Amid her interaction, a user asked her to say something about her boyfriend. Nia, who has not officially declared her relationship with anyone, was quick to reveal some of her boyfriend's traits. The Jamai 2.0 actor said that her boyfriend lies all the time by saying that she looks pretty. More so, she quipped that he does that to avoid arguments.

Nia Sharma hints at having a boyfriend 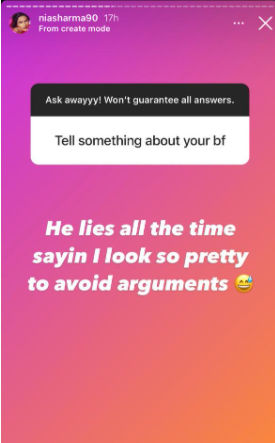 It was in August 2020 when the Naagin 4 actor had gone live on Instagram to talk to her fans. During the chat, Sharma said that she is seeing someone. While she did not reveal his name, she opined her thoughts about love. A snippet from her session went viral on the internet where she was asked what true love is for her. The actor replied, "Somebody who would stand by you instead of poking their nose in many other people, you know, keeping you aside. Ya, I mean, I don't know how to define that but just being into you, I think, being really faithful to you, I don't know. I mean just love the person."

Earlier, in an interview with Siddharth Kannan, Nia Sharma talked about the kind of relationship she likes to have in her life. She also spoke at length about her take on modern celebrity relationships. Nia remarked that she doesn't want a media relationship at this stage of her life and continued that she's seen lovey-dovey couples breaking up after being so much out there in the media and social world. Nia affirmed that she wouldn't want to demean the couples who share mushy pictures and that she doesn't prefer the same. Meanwhile, quite a bit of relationship rumours sparked after her crackling chemistry with her Twisted co-star, Rrahul Sudhir won many hearts.

READ | From her relationship status to her real name, FAQs about Nia Sharma answered!
READ | Nia Sharma feels like 'fish out of water' in gorgeous blue tulle dress; see pics
READ | From Nia Sharma to Surbhi Jyoti, check out top 10 Insta posts of TV celebs from this week