Here's Where Shaheer Sheikh Finds 'Sukoon' & It Is Not With Wife Ruchikaa Kapoor: Watch

Popular TV actor Shaheer Sheikh, on Monday, took to his social media handle and shared a video in which he can be seen having a few moments of 'Sukoon'. Watch.


Popular TV actor Shaheer Sheikh, on Monday, took to his social media handle and gave a peek into the place where he found relaxation. Interestingly, the actor can be seen enjoying a beautiful day in the scenic valley of Kashmir. Meanwhile, in the reel video, Arijit Singh's Sukoon Mila, from Mary Kom film can be heard. The video also gave a brief glimpse of the snow-clad cliffs in the backdrop of blue sky and the running stream of water nearby Shaheer. Keeping his post captionless, Sheikh added a hashtag, which read, "Vadiyon Mein (In Valleys)".

Shaheer Sheikh's 'Sukoon' in the valleys of Kashmir:

Within a day, the Yeh Rishtey Hain Pyaar Ke actor's reel video managed to garner more than 100k view; and is still counting. A section of Seikh fans was delighted as the actor has become quite active on social media lately. "Happiness is when u r super active on insta", wrote a fan while another added, "After a super bad day Mr. Sheikh comes to Lighten up my mood". Another response in the comments box read, "This is soo soothing". Meanwhile, Saath Nibhaana Saathiya actor Vishal Singh dropped a heart-eye emoji and an Indonesia-based artist Evan Sanders penned, "Omg those mountain".

READ | This picture of Shaheer Sheikh has fans wondering if he is unwell; see 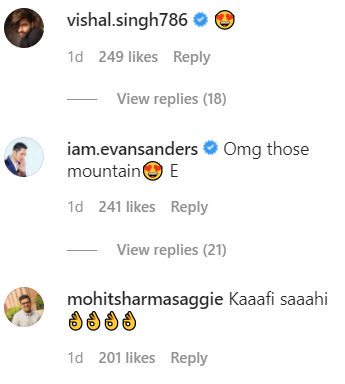 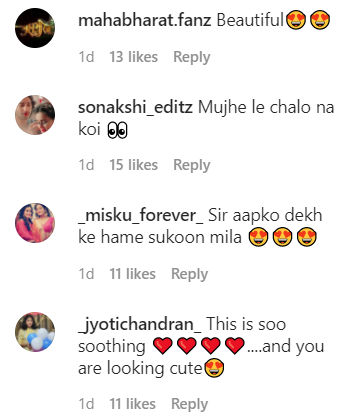 Interestingly, apart from the above video, a handful of pictures of Shaheer's feed featured his wife and actor Ruchikaa Kapoor. A few days back, on April 17, the duo celebrated six months of togetherness. In the photo, Shaheer and Ruchikaa can be seen interlocking their arms while smiling at the camera. Shaheer looked dapper in a simple white shirt accessorized with a chain.

READ | Where are Shaheer Sheikh and other 'Kya Mast Hai Life' cast members these days?

Meanwhile, his wife opted for a multi-coloured floral top and rounded off her look with a pair of lovely earrings. Sheikh wrote a short caption for this picture. He said, "6 months and counting". On the other hand, sharing the same picture on her social media, Shaheer Sheikh's wife wrote, "Better Together...6 Months of Togetherness & a Lifetime to Go".  The couple got engaged in November 2020 after dating for a while and got married soon after.

On the professional front, the 37-year-old actor is currently filming a project in Kashmir. The project will also feature Hina Khan. On the other hand, there have been reports that Sheikh may return to the small screen with Erica Fernandes for the third season of Kuch Rang Pyaar Ke Aise Bhi. Apart from mentioned shows, Shaheer is also known for his portrayal of Arjun in Star Plus' Mahabharat.

READ | Shaheer Sheikh to Parth Samthaan: Here's what the TV celebs were up to over the weekend
READ | Hina Khan and Shaheer Sheikh's 'surprise' reunion makes fans speculate new project