Hina Khan took to her Instagram to share the promo of a new series and lauded Priyank Sharma for bringing out the magic in her. Read more. 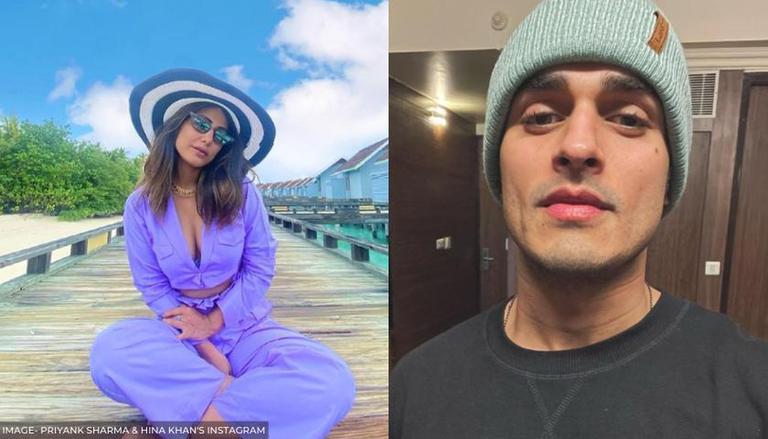 
Kasautii Zindagii Kay actress Hina Khan gushed over her Raanjhana co-star and friend Priyank Sharma recently on social media. The actress did not only praise Priyank for his bonding with her but also promoted a new series premiering on Voot Originals. Check out what Hina Khan had to say about her best friend and co-star in her recent Instagram post.

Hina Khan on Priyank Sharma 'bringing the magic out'

Taking to her Instagram, the 33-year-old actress shared the Khwabo Ke Parindey teaser. In the caption, Hina gushed over her friend and praised him for 'bringing out the magic' in everybody and promoted the new series. Hina wrote, '‘Always stick with the person who brings out the magic in you’, and continued, 'you have always been that person! Check out the trailer of #KhwabonKeParindey it highlights that magic of friendship. Looking forward to the show on Voot from 14th June'.

Fans of Hina Khan and Priyank Sharma, ever since their stint on a reality show together, have loved their bond and friendship. After seeing Hina hyping up Priyank, the fans could hide their adoration for the actors. Many spammed the comment section with heart and fire emojis. Some fans also expressed their anticipation for the new series.

READ | When Hina Khan revealed which celebrity's Instagram game she loved the most; Find out The duo is treating the fans with their interaction on social media as the young actor responded to Hina Khan's post with another post. He shared the promo of the upcoming original series and tagged Hina Khan in the post. He wrote, 'You were right SHER KHAN, the trailer of #KhwabonKeParindey has brought in a lot of emotions and I miss our crazy banter. Can’t wait to watch the show on Voot from 14th June'.

Viacom18 network’s OTT platform Voot has brought yet another Original series called Khwabo Ke Parindey. The series will feature Asha Negi, Mrinal Dutt, Manasi Moghe, and Tushar Sharma in the main cast. Set in Australia, the six-part series will tell the story of four friends discovering the meaning of life and friendship while embarking on an adventurous journey.