The makers of Hina Khan starrer 'Bedard' released a short teaser of the song and the song has all the makings of a perfect heart-wrenching saga.


On April 14, 2021, a short teaser of Hina Khan’s upcoming song Bedard came out ahead of its release on April 16, 2021. The thirty-second clip sees Hina Khan dressed as a bride and going up to Sapan Krishna and asking him to marry her. The clip then shows the two of them walking together hand-in-hand but Hina Khan looks on the verge of tears all through. The teaser also shows clips of Hina Khan, Stebin Ben and Sapan Krishna sharing some sort of a love triangle. The song is about heartbreak and promises to capture the pain of losing a loved one. Hina Khan, in a short span of time, shows the struggle she will be facing to choose between the two male leads of the song.

Fans of Hina Khan reached out in the comments section of the teaser to express their excitement about the upcoming song. Many of them commented saying that Hina Khan’s acting was phenomenal and the teaser has intrigued their interest in seeing what would be happening. Others commented saying that they were interested in seeing the pairing of Stebin Ben and Hina Khan on screen. People also wished the actor success on the music video and hoped that it would be a huge success. 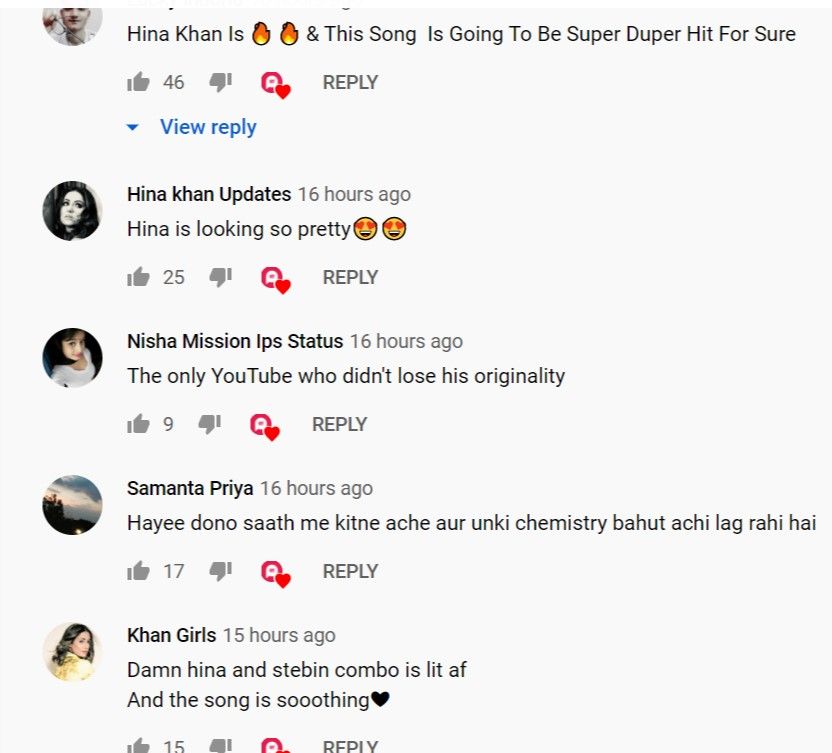 Hina Khan shared a new poster for her forthcoming music video Bedard on Instagram on April 13, 2021. She also mentioned in the caption that the music video will be released on April 16, 2021. Sanjeev Chaturvedi wrote the lyrics for Bedard, which is sung by Stebin Ben. Take a look at the poster that she shared here.

Earlier, Hina Khan also starred in several music videos such as Raanjhana co-starring Priyank Sharma and Humko Tum Mil Gaye alongside Dheeraj Dhoopar. Hina Khan landed a role in the show Yeh Rishta Kya Kehlata Hai, where she played Akshara for over seven years. She has also appeared on shows such as Box Cricket League, Fear Factor: Khatron Ke Khiladi, and Kitchen Champion 5. Hina Khan's latest films which she starred in are Smartphone, Hacked, and Unlock. She was most recently seen in Damaged 2, a web series.