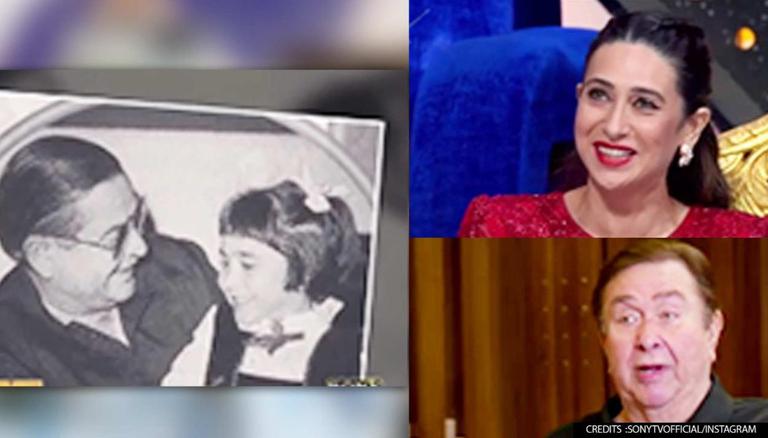 
As the reality show edges closer to getting its ultimate champion, Indian Idol 12 has been gaining a lot of traction from the audience. Touted as one of the most popular reality shows on TV, the Sony Entertainment show has recently invited Bollywood actor Karisma Kapoor as a guest in India Idol 12. Actor Randhir Kapoor revealed the reason behind calling Karisma Kapoor 'Lolo' in the show. Randhir Kapoor said that the family is following the trend of having 'tedhe-medhe' names, so he could not call his daughter Karisma by an ordinary name. Further, he said that Gina Lollobrigida is his favorite actor and her nickname is also 'Lolo'.

Karisma Kapoor's sister Kareena Kapoor also interacted with Karisma in the show Indian Idol 12. She said that 'Lolo' is an 'angel' for her family and she is happy to have a support system like Karisma by her side. Randhir Kapoor told Karisma that he would love it if Kareena and Karisma would sing in the show one day. Take a look at the complete video posted below.

In the last week's episode, following contestant Sawai Bhatt's eviction, crowd-favorite Ashish Kulkarni fought hard to stay in the competition but was unfortunately defeated which was attended by legendary singer Asha Bhonsle. In the fierce battle of music, contestants Ashish Kulkarni and Shanmukhapriya went head to head to defend their seats in the show.

Ashish sang a soulful rendition of Dil Dena Khel Hai Dildaar Ka while Shanmukhapriya passionately sang Duniya Mein Logon Ko. While both left the judges and fans impressed by their talent, Ashish was voted out of the completion. A disheartened Ashish hugged his fellow contestants while bidding adieu and left everyone in tears including Shanmukhapriya.