Ken Jennings and Mayim Bialik are all set to be the new hosts of the popular tv game show, 'Jeopardy!' after Mike Richards' exit. Read further ahead. 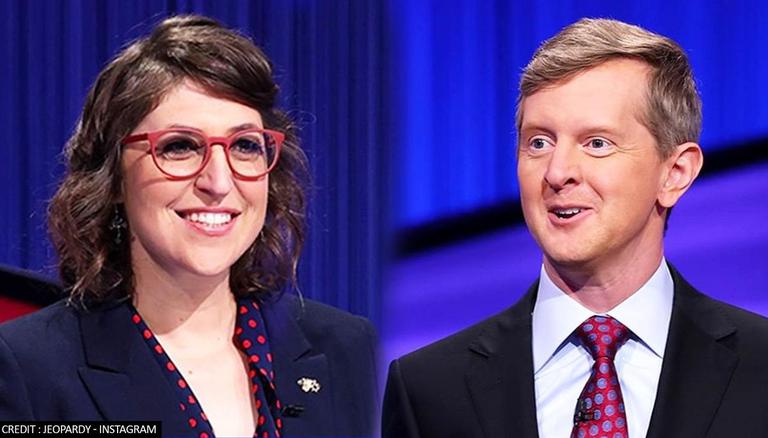 
Jeopardy, the beloved game show series recently revealed the names of the new hosts of the show after Mike Richards’ exit. The show recently unveiled the faces of the new hosts and stated that Ken Jennings and Mayim Bialik will be hosting the show.

Mike Richards was recently fired as the host of the show and he later stepped down as and the executive producer for making derogatory comments against women.

Who will be the new hosts of Jeopardy!?

According to the latest Instagram post by Jeopardy!, Ken Jennings and Mayim Bialik were chosen as the new hosts of the show. In the caption, the news was announced with a note stating, “Not sure if you’ve heard, but @missmayim and #KenJennings are hosting Jeopardy! until the end of the year. Everyone on the staff is supralunar! Beginning Monday, September 20, Bialik is hosting several weeks of episodes, which will air through November 5. After that, Bialik and Jennings will split hosting duties as their schedules allow through the end of the calendar year.”

Mayim Bialik was first announced as the Jeopardy! Host for primetime specials and spinoffs and was even one of the guest hosts after Richards' exit for about 15 episodes. Ken Jennings also opened up about how he received a chance to be the host after he appeared as the first guest host on the show. Speaking to ET in January, Jennings stated, "Alex did not want Jeopardy! to end, the show's got tens of millions of fans, Jeopardy! needed to call somebody up and I got the letter in the mail and I [will] serve the privilege of Jeopardy! [host] for as long as they need me," he said. "I spoke to [Trebek] shortly before he passed actually and he was very confident that I could do it. He just kind of took it for granted and I was like, 'Alex, that is very sweet but you know you are the best at that job,' but I appreciated his trust."

The controversy began when Mike Richards featured on The Randumb Show, and he asked his co-host, Ben Triffon if she had ever taken nude pictures of herself. In another episode, he again made an offensive statement about people having big noses. After facing backlash for his derogatory comments, Richards issued an apology after which he was removed from the show.

READ | Who is hosting the Jeopardy! Tournament of Champions? Here's everything you need to know

Who is Ken Jennings and Mayim Bialik?

WE RECOMMEND
Who is hosting the Jeopardy! Tournament of Champions? Here's everything you need to know
‘Jeopardy!’: Mayim Bialik to become the temporary host after Mike Richards' exit
Who will replace Mike Richards as new Jeopardy! host? Here's list of future candidates
'Jeopardy!' executive producer, former host Mike Richards fired; All you need to know
RuPaul asks makers of 'Jeopardy' to make him the new host, quips 'I'm right here'
Listen to the latest songs, only on JioSaavn.com