Karan Tacker, Sidharth Shukla And Other TV Celebs React To Situation In Afghanistan

Amidst the growing crisis in Afghanistan after the return of the Taliban, many Indian actors took to their social media to pray for the distressed citizens. 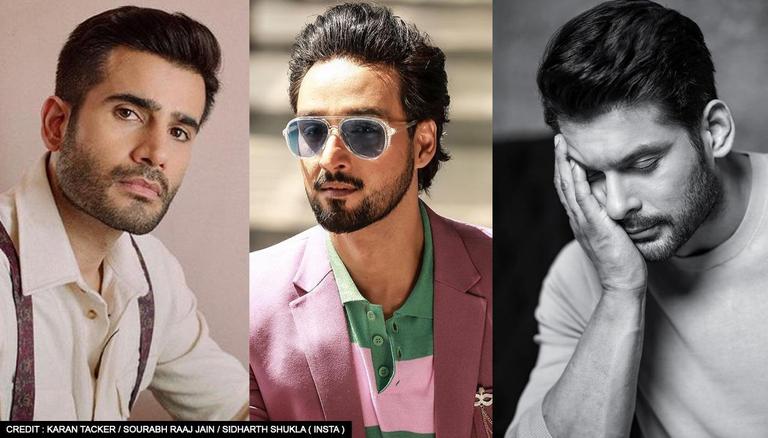 
Prayers and compassion poured in from every corner of the world for war-torn Afghanistan. After netizens, Indian TV actors took to their social media to extend their support to the distressed Afghans. Celebrities like Karan Tacker, Sourabh Raaj Jain and more also condemned such acts of terror.

Following the retreat of U.S troops after 20 years, the interim Taliban government took over the capital Kabul, hence taking over Afghanistan. Addressing the same, Radha Krishn actor Sourabh Raaj Jain took to his Twitter to voice his concern over the growing instability in the landlocked country. Describing the situation as 'Disturbing and sad', Jain continued,

"Whatever is happening in #Afganistan is very disturbing and sad, so many lives getting affected due to reasons known unknown….my prayers hope compassion wins."

Balika Vadhu actor Sidharth Shukla also took to his Instagram to speak up about the horror-stricken country. Uploading a monochrome portrait of himself, Shukla questioned whether humanity still exists. He wrote, "Feeling sorry for the state Afganistan is in….Does humanity still exist…!!!!"

Following the suit, Rang Badalti Odhani actor Karan Tacker scathingly rebuked the growing violence in Afghanistan and the world's act of sitting and watching in silence. Taking to his Twitter, Tacker wrote, "Devastated looking at the state of women in Afghanistan, shame on humanity. while the world just sits and watches this in silence."

Suryaputra Karn actor Gautam Rode also sent out his prayers for the grieving Afghans. He took to his Twitter to write, "It is really heartbreaking to see the humanitarian disaster that’s unfolding in Afghanistan. Prayers with the people of #Afghanistan'. Kitani Mohabbat Hai actor Kritika Kamra appeared horrified at the dreadful situation as she wrote, 'Horrific scenes from Kabul airport. Never seen anything like this. #Afghanistan."

Humse Hai Liife actor Himansh Kohli took to his Twitter to condemn the increasing atrocities of the Taliban in Afghanistan. Praying for a peaceful end of the ordeal he wrote,

"What's happening in #Afghanistan is disturbing beyond comprehension. After this long on-going pandemic, when everyone needs love and calm, people in #Afghanishtan are dealing with the atrocities of the #Talibani forces. I hope peace is soon restored in the nation."

What's happening in #Afghanistan is disturbing beyond comprehension. After this long on-going pandemic, when everyone needs love and calm, people in #Afghanishtan are dealing with the atrocities of the #Talibani forces. I hope peace is soon restored in the nation. 🙏🏻 pic.twitter.com/vKThVs7oUi

Replying to their tweets, netizens lauded the Indian TV actors' efforts to shine the light on the situation in the landlocked country.

After the U.S troops retreated from war-torn Afghanistan, the government stepped down and fled the country, submitting to the interim Taliban government. Horrifying visuals of Afghans enter the Kabul airport to flee from the country surfaced on the internet, creating a worldwide concern over the lives of the distressed citizens.

READ | Shreya Chaudhry confirms her relationship with Karan Tacker in THIS post, see