Television actor Karanvir Bohra took to his Instagram to wish twin brothers Raghu Ram and Rajiv Lakshman on their birthday. Take a look at the post here


Television star Karanvir Bohra recently took to his Instagram to wish his friends, twin brothers Raghu Ram and Rajiv Lakshman, on their birthday. The actor shared their photos together on his handle and wrote a note wishing the brothers. In his captions, the actor wrote "My twin brothers" as he shared the post.

Karanvir Bohra's Instagram recently featured unseen photos of the actor with the twin brothers. Karanvir shared the pictures with the two brothers to wish them on their birthday. The first photo featured Karanvir in between the two brothers and the second photo showed the actor with one of the brothers holding mangoes in their hand. The Naagin 2 actor wrote a sweet note saying "My twin brothers @instaraghu and @rajivlakshman I wish all the live happiness and success in double" in his captions and tagged the twin brothers in his post. 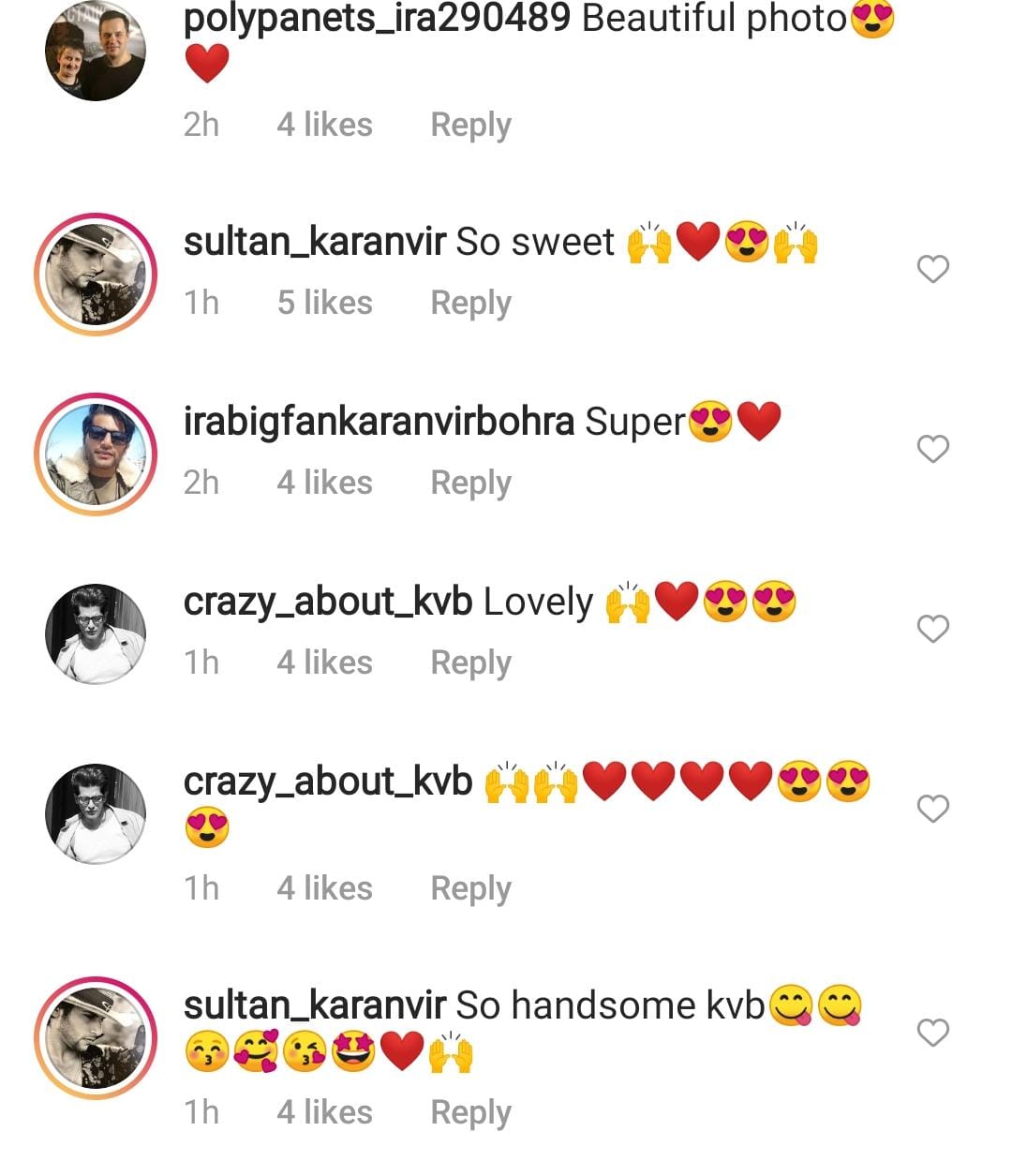 Fans quickly reacted to Karanvir Bohra's latest post and filled the comment section. The majority of fans left heart emoticons in the comments section. One fan left a comment saying that the actor looked really handsome in the photos while another fan commented that the photos were really beautiful.

Karanvir Bhora shares a sweet picture with his daughters

Karanvir Bhora is a father to three daughters, twin daughters Bella and Vienna and a daughter Gia Vannesa Snow. Recently the actor shared a picture of himself with his twin daughters and quoted John Lenon in his captions. In his caption, he wrote, "I grew up with the memories of my father being a dad to me, not the memories of him going to shoot and making movies....
Similarly, I want my children to have memories of their father being a dad to them, I don’t want life to happen to them while their dad was busy making other plans.... quote courtesy @johnlennon. Take a look at his post.

On the work front, Karanvir Bohra will next be seen in the movie Patalpani. The movie features actress Zareen Khan opposite Karanvir in the lead role.