In the latest episode of KBC 13, Suniel Shetty and Jackie Shroff graced the show with their presence and shared interesting instances from the past. 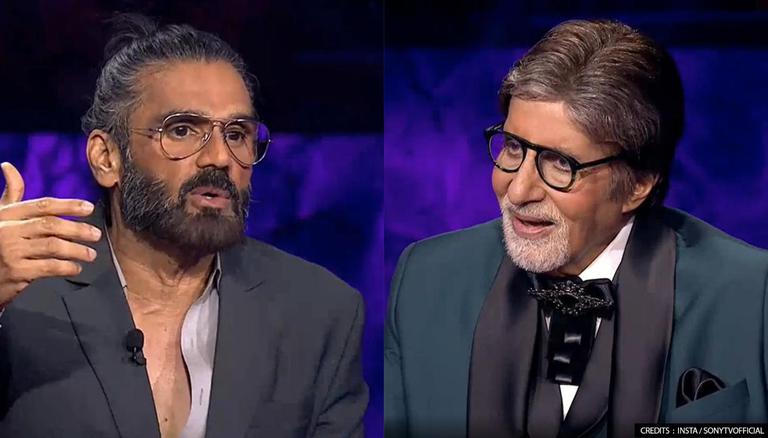 
The latest episode of KBC 13 was star-studded with two of the amazing actors from Bollywood namely Suniel Shetty and Jackie Shroff who cracked up the fans during their fun interaction with Amitabh Bachchan, the host of the show.

During the episode, Suniel Shetty even recalled the time when he first met Amitabh Bachchan on a movie set and referred to him as ‘God’.

READ | KBC 13: Amitabh Bachchan asks producer to ‘stop the show’ as he plans date with contestant

On the other hand, even Jackie Shroff recalled an instance where he was shooting for a film in Chennai. Continuing further, he revealed that the moment he realised Amitabh Bachchan was staying at a hotel near him, he decided to take an autograph from him. He then added that when he was on his way to meet him at the hotel, he ran into his kids, Abhishek and Shweta who wanted to have his autograph instead.

As their fun interaction continued during the show, Amitabh Bachchan asked Jackie Shroff about his ‘bhidu bhasha’ to which the latter stated that it was because of the area he was born in and partially because of Amitabh Bachchan. On hearing this, Suniel Shetty and the audience cracked up while Amitabh Bachchan delivered his iconic dialogue "Aisa to aadmi doich time bhaagta hai, Olympic ka race ho ya police ka case ho. Tum kaiko bhaag raha hai". (A man runs like this only because of two reasons: an Olympic race or while escaping from the police. Why are you running?)