Krystle D'souza Is 'Maycationing' & May 'not Come Back'; BFF Pryanca Drops A Comment

Television actor Krystle D'souza recently took to her social media page to share a picture from her current beach vacation with BFF and actor Pryanca Talukdar.


Television actor Krystle D'souza of the Ek Hazaaron Mein Meri Behna Hai fame is currently vacationing with her pal and Bollywood actor Pryanca Talukdar. The actor recently took to her social media page to share a picture from her beach vacay.

Taking to Instagram, Krystle shared a picture of herself with the caption, "Maycation-ing.... may come back, may not !!" The picture in itself is a sight to behold as we can see the clear blue skies with a view of the beach in the background. Krystle is wearing a white halterneck crop top with a black cardigan while looking to the side away from the camera. She had left her hair open and is wearing minimal makeup in the picture.

The actor also shared a snap of her travel buddy Pryanca Talukdar on her Instagram story and called her "the pina to her colada." The actors were chilling in a beach shack whilst enjoying a fresh glass of fruit juice in the picture. 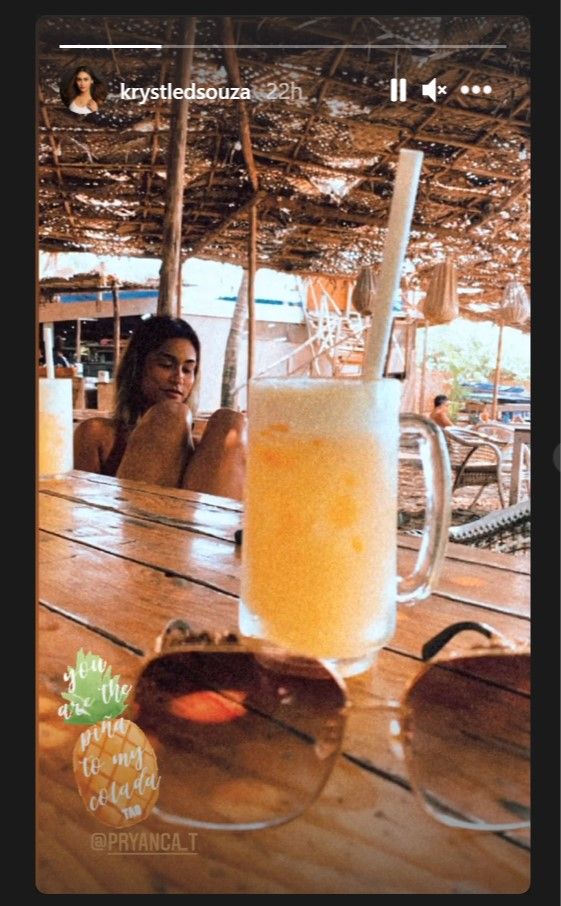 Krystle's travel buddy Pryanca was quick to comment on the actor's post and wrote, "caption is a vibe." Krystle's fans were also thrilled to see the picture and started showering her with love in the form of heart and fire emojis in the comment section of the post. Take a look. 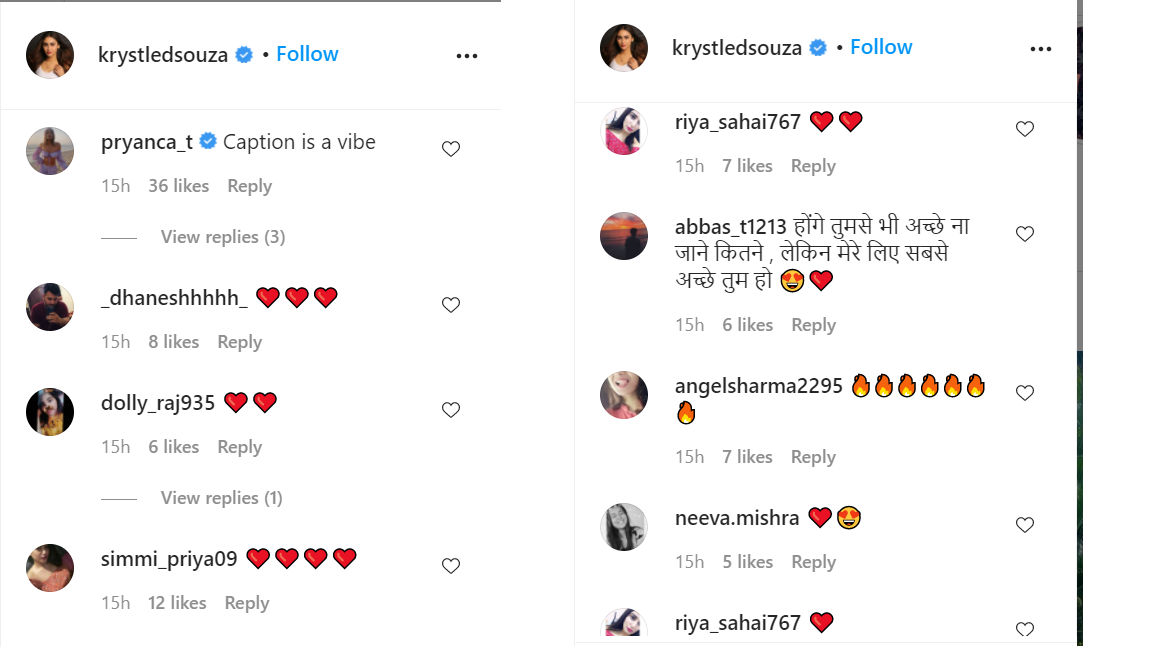 The actor is a travel junkie who loves to go on vacations and her social media page is proof of the same. The actor is often found sharing pictures from her travel adventures much to the delight of her fans. Check out some of Krystle D'souza's photos from her vacations right below.

Krystle D'souza made her debut in 2007 with the television show Kahe Naa Kahe. She rose to fame after her stint in the Star Plus show, Ek Hazaaron Mein Meri Behna Hai as Jeevika Vadhera. Post that, she also played the lead role of Sakshi in Ek Nayi Pehchaan and Raina in Zee TV's Brahmarakshas. The actor has also made appearances in several other television shows like Kya Dill Mein Hai, Kis Desh Mein Hai Meraa Dil, Belan Wali Bahu among others. The actor was last seen in ALT Balaji's web series titled Fittrat.

The actor will soon be seen in a music video for Kumar Taurani titled Ek Bewafa. The actor has been teasing her fans with a few stills from her song on Instagram which is slated to release soon.