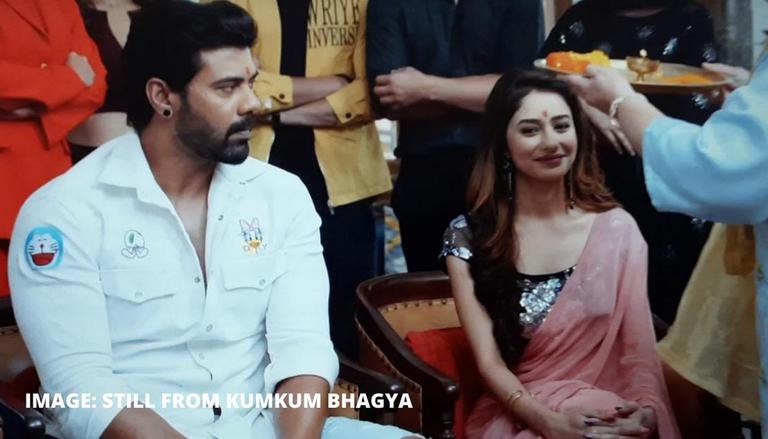 Pragya suggests Abhi agree to the marriage. Aliya asks Abhi to trust Pragya. Pragya asks Abhi to go to Tanu's place and agree to marry her in six days. Aliya says she would go with Abhi to Tanu's place. Rhea asks who is in her bathroom. Ranbeer refuses to tell her. When Prachi insists, Ranbeer informs Rhea he is in her bathroom. He then gives Prachi a towel and checks if Rhea is still there. As Rhea leaves, Ranbeer asks Prachi to leave.

Abhi goes to Tanu's house to talk to her. Tanu goes to bring him water when Aliya arrives. She tells Abhi that she did not find anything in Tanu's parking lot. When Tanu brings Abhi some water, he spills some of it on himself. He goes to Tanu's washroom to clean up. On the other hand, Prachi sneaks out of Rhea's room while Rhea talks to her friend. Mitali teases Rhea for being in the shower with Ranbeer when Ranbeer steps out of the bathroom. Ranbeer and Rhea say they were not together when Mitali says she cannot understand them. Shahana listens to everything from Rhea's room.

Abhi finds an album of his photos in Tanu's house

Abhi finds an album in Tanu's room. Tanu enters the room and asks Abhi why he is in her room. Tanu finds her album in Abhi's hands and takes it away. Shahana goes to Aryan. She talks to him about Ranbeer and Shahana. When Aryan flirts with Shahana, Aliya intervenes and yells at him. Aliya asks Aryan to stay away from Shahana. Aliya then asks Rhea about what Mitali had said. When Rhea says she was with Ranbeer, Aliya sees Prachi sneezing.

Abhi asks Prachi to call Pragya. Abhi tells Pragya how Tanu already knew he was coming and the album he found had his and Tanu's photos. Pragya says they need to watch Tanu now. Abhi and Pragya leave. Aliya then warns Rhea and says she needs to watch Ranbeer and Prachi. Watch Kumkum Bhagya latest episode on Zee5.

READ | Kumkum Bhagya 28 May 2021 written update: Tanu locks Pradeep up in her car