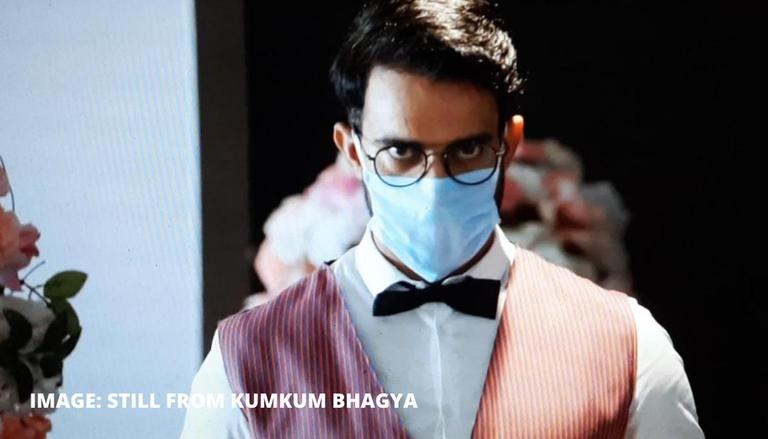 Tanu learns that Pradeep is alive

Tanu helps Somdatt with his bail from the police station. Somdatt calls Tanu for money when Tanu says she will pay him 15 days after her wedding. She goes inside, where Pradeep waits for him. Tanu gets shocked seeing Pradeep alive. Pradeep tells Tanu how she tied him up in a car and left him in the middle of nowhere. However, he survived and finally asked Somdatt to call Tanu for money. Pradeep tries to hurt Tanu and says she cannot marry Abhi. Tanu and Pradeep hear Abhi's voice.

Prachi goes to talk to Rhea. She insists on starting all over again when Rhea blames Prachi for coming closer to Ranbeer. Pradeep asks Abhi to come when Abhi asks Tanu to apologise to Pradeep. When Tanu gets confused, Pradeep tells her how he was mimicking Abhi's voice. Pradeep says Tanu loves Abhi so much. Tanu then slaps Pradeep for pretending to be Abhi. Pradeep claims he has no relationship with Tanu. Tanu offers Pradeep a deal. She says she would give Pradeep as much money as he wants if he helps her with this wedding.

Prachi cries on her balcony and recalls how Rhea blamed her. Ranbeer sees her from the door and gives her his shirt. He consoles Prachi and asks her not to cry. Prachi yells at Ranbeer and says why did he come into his life. When she cries, even more, Ranbeer hugs her. Prachi comes out of her imagination and realises she was just daydreaming about Ranbeer. She then thinks she cannot feel anything about Ranbeer.

The next day, everyone sits for breakfast. Pragya asks everyone to have breakfast when Rhea receives a call from Pallavi. Pallavi talks to Pragya and Abhi. Pallavi talks to them about Rhea and Ranbeer's wedding. They fix a date for Rhea and Ranbeer's wedding. When everyone congratulates Ranbeer and Rhea, Ranbeer tells Abhi he cannot marry now.  Abhi says he should not spoil his wedding due to him and Tanu. Prachi leaves the table. Watch Kumkum Bhagya latest episode on Zee5.