Kundali Bhagya is a television daily soap that is aired on Zee TV & produced by Balaji Telefilms. Read on to know Kundali Bhagya 20 May 2021 written update. 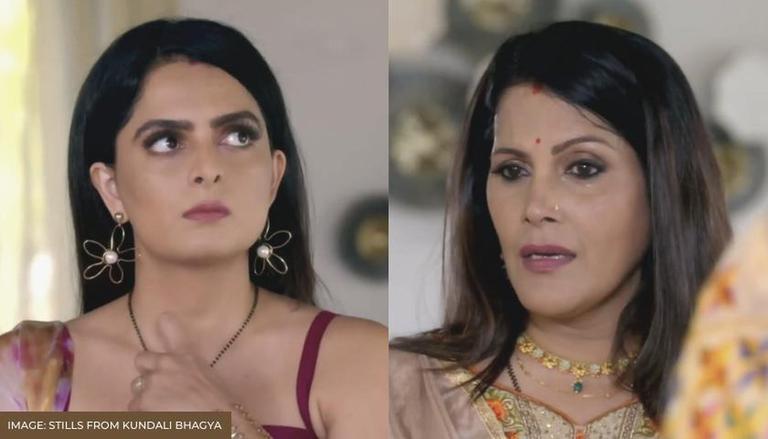 
The Kundali Bhagya May 20 episode starts with Megha lashing out at Prithvi for stealing Akshay's phone. As Prithvi confirms that he does not have Akshay's phone, Megha adds that Preeta had also come to get the phone. As they fail to figure out the third person, Megha demands her money and disconnects the call. Later, Prithvi tries to figure out and concludes that the third person could be the killer. Meanwhile, the same mysterious person enters the Luthra house and later, Sherlyn can be seen washing her face. Read on for the detailed Kundali Bhagya written update for May 20's episode.

On the other hand, Preeta, Sammy and Srishty try to unlock Akshay's phone but in vain. Amid that, Rakhi calls Preeta and informs her that Pammi has sprained her ankle. Preeta, Srishty and Sammy rush home. Meanwhile, in the evening, Prithvi gets irked thinking about the killer. As the episode progresses further, Rakhi requests Sherlyn to stay with Pammi and leaves.

As Sherlyn tries to leave Pammi's room, the latter pokes her. However, Sherlyn hits back at her and shows her the mirror. Sherlyn explains to Pammi that by making mean comments regarding Preeta, she has already disappointed the family. And, if she continues her threatening about Prithvi, she will expose her. As Sherlyn leaves, Pammi introspects and concludes that she will soon unveil Preeta and Sherlyn's real faces.

Meanwhile, Preeta, Sammy and Srishty arrive at home and Rakhi explains Pammi's situation to Preeta. As Preeta rushes, Rakhi leaves. Later, Srishty and Sammy start arguing over the former's manner and the latter's driving skills. Amid their argument, Srishty unknowingly mentions Akshay's phone and Sammy reminds her to keep it a secret.

On the other hand, Preeta reaches Pammi's room and starts applying ointment to Pammi. Amid that, Pammi asks Preeta about her opinion about Sherlyn. As Preeta gives a diplomatic answer, Pammi reveals to her that she hates Sherlyn and her too. Preeta says that she understands why she hates her and the episode ends with Preeta promising Pammi that she will prove that Karan is innocent.