Kundali Bhagya 27 May 2021 Written Update: Mahira Backstabs Sherlyn In Her Hour Of Need

Kundali Bhagya is a television daily soap that is aired on Zee TV & produced by Balaji Telefilms. Read on to know Kundali Bhagya 27 May 2021 written update 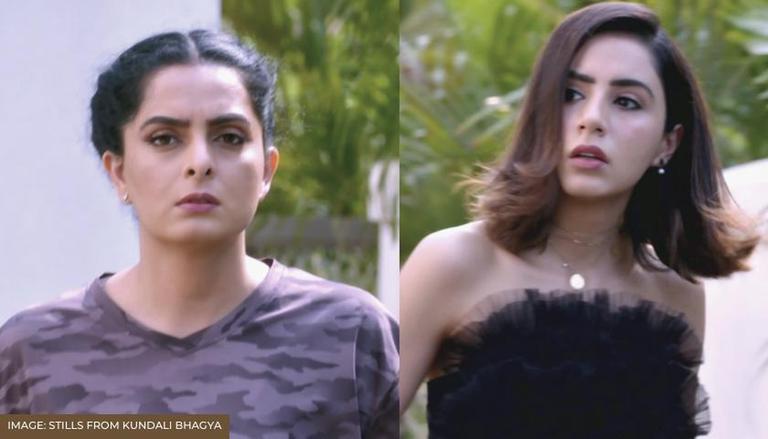 
The Kundali Bhagya May 27 episode starts with Sherlyn trying to leave Preeta's room from the front door, but in vain as Preeta comes out of the washroom. Later, Srishty gets a refreshment for Preeta and notices that Akshay's phone is missing. She asks Preeta, who tells her that she has not even seen the phone.

As all the doors and windows seem locked, Srishty concludes that someone has come to steal the phone and the thief is still in the room. Preeta and Srishty look around and Sherlyn manages to escape. As she opens the door, Srishty and Preeta rush to catch her. Meanwhile, Pammi roams around to find Sherlyn. Read on for the detailed Kundali Bhagya written update for May 27's episode.

As the episode progresses further, Sherlyn bumps into Pammi and the latter screams assuming her to be a thief. Srishty and Preeta rush to catch the thief while Prithvi also hurries to get the phone from the thief. Later, everyone gathers in the leaving room and Srishty explains to them that someone has entered the house to steal Akshay's phone.

They decide to lock all the doors and windows to block the thief's exit. Meanwhile, Sherlyn signals Mahira to help her but the latter avoids her. Amid this, Preeta makes a video call to Megha to confirm if she is the thief. On the other hand, Prithvi finds the thief and decides to snatch Akshay's phone.

As the family members search for the thief, Prithvi grabs Sherlyn from behind; however, she manages to run away from him. Amid this, Prithvi learns that the thief is Sherlyn. Meanwhile, Preeta notices that someone is hiding behind the curtains. Everyone walks towards the curtain to unveil the thief. However, Prithvi distracts them and Sherlyn escapes. But, Preeta, Srishty see footprints and follow them. Meanwhile, Suresh shifts Prithvi, who pretends to sprain his ankle, to his room.

Preeta, Srishty and Sammy learn that the thief reentered the home from the backdoor. While connecting the dots, Preeta concludes that the thief is one of the Luthra family members. They try to figure out and Preeta mentions that it could be Sherlyn as she was not around when the family gathered to catch the thief and the episode ends.