Kundali Bhagya 8th Update: As Sherlyn realises that Preeta knows all her secrets, she decides to kill her and tells the killer to make it look like an accident. 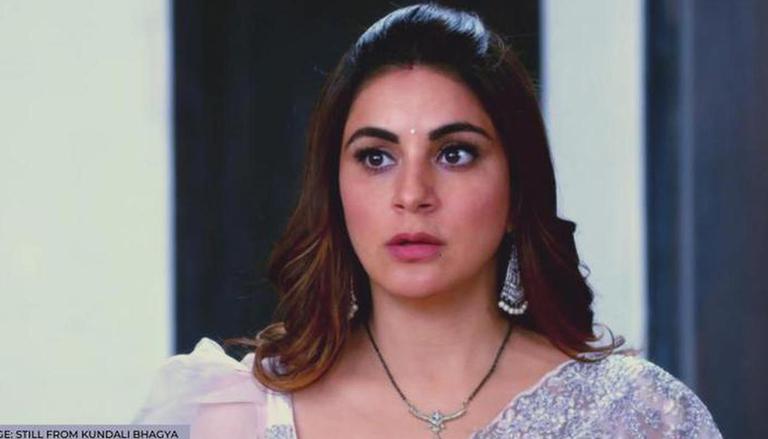 
Kundali Bhagya July 8 episode begins with Sherlyn speaking to the killer that she hired to murder Preeta and orders him to make her murder look like an accident. Mahira then walks up to her and asks her whether she has finally decided to kill Preeta. She then tells her that Preeta knows all her secrets and adds that she needs to die otherwise she will become dangerous for her.

Mahira and Sherlyn meet the killer

Mahira and Sherlyn then leave the house and wait for the killer to meet them. As he arrives, they hand over Preeta’s picture to him to which he points at a truck and says that Preeta will be hit by the truck. She then tells him to call her if he needs any help and asks him to leave. As she talks to Mahira about the plan, they both see Preeta speaking to Karan over the phone. Meanwhile, the killer tries to call Sherlyn but she does not pick so he calls Prithvi instead.

As Prithvi receives a call from the killer, he learns about Sherlyn’s plan. He then shouts at him and orders him not to kill Preeta but he disconnects the call and speaks to Sherlyn. She then tells the killer how she will push Preeta towards the truck. Meanwhile, Prithvi makes an excuse to Kritika and leaves the shop. As Sherlyn walks behind Preeta, Mahira follows her and witnesses that the former is feeling dizzy.

READ | 'Kundali Bhagya’s' Dheeraj kisses wife on her b’day: 'My fav pair of eyes to look into’

As Mahira sees Sherlyn feeling dizzy, she decides to take over. She then tries to push Preeta towards the truck but accidentally pushes Sherlyn. Preeta is leaves shocked after seeing Sherlyn and informs Karan about her accident. He soon arrives and takes her to the hospital. Suddenly, a person comes up to Preeta and gives the truck number to him while she sees Mahira hiding. As Prithvi reaches the hospital, he assures everyone that he has filed a complaint against the truck driver to which Preeta questions how he knew that was hit by a truck.